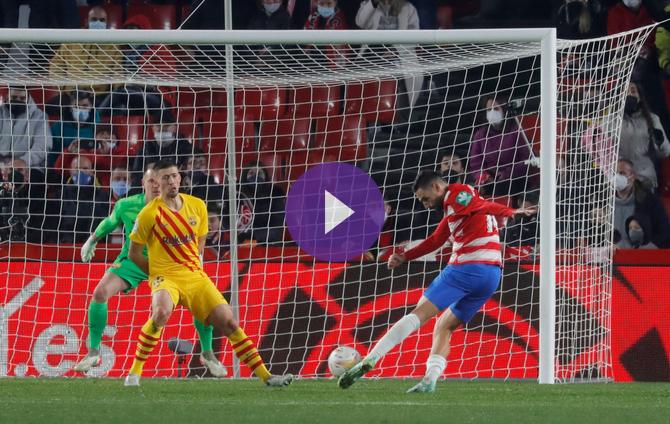 Barcelona squandered the chance to climb back into La Liga's top four on Saturday as Granada scored a late equaliser to seal a 1-1 draw after Barca midfielder Gavi was sent off.

Luuk de Jong put the Catalans in front at Los Carmenes, heading in a cross from 38-year-old Dani Alves, who was making his first La Liga appearance since May 2016.

But Gavi was shown a second yellow card in the 79th minute and Granada equalised in the 89th, Antonio Puertas rifling a shot into the corner to deny Barcelona victory.