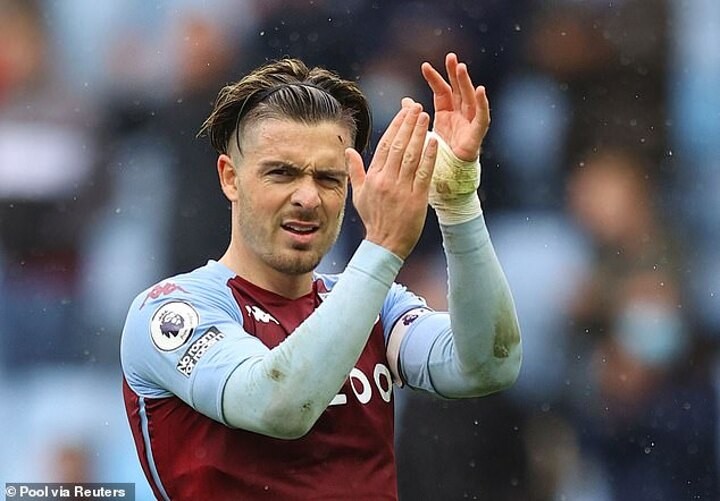 Jack Grealish is said to be moments away from signing a deal with Premier League giants Manchester City...but what would his former self think of the move?

City have reportedly made an offer of up to £100million for Grealish, with English football's biggest-ever transfer now expected to be completed next week.

However, with a potential deal on the horizon, fans couldn't help but re-share some of Grealish's Tweets about Manchester City from nine years ago.

The 16-year-old took to Twitter to write: 'Football is on! Please United win and City lose, I cannot watch City win the league lol, come on the Villa aswell!!'

Grealish also shared a post the read: 'On route to training, finally I’m back training n the suns shining, absolutely BUZZING for the game tonight, come on u reds #United'.

The resurfaced Tweets will leave Grealish red in the face as he is set to become he country's most expensive player after accepting a deal with the Citizens.

The top-flight champions have long since been linked with a move for Grealish as they look to retain their crown next season, and identified him as a top target.

It is understood that the first talks between Grealish and the club were held on Tuesday and Wednesday.

An opening offer of up to £100m was then made, and figures from both clubs have since been back and forth as City looked to find a package Villa would accept.

And now, after formally tabling their bid, City will hope that Villa agree to begrudgingly part ways with their talismanic playmaker.

As it stands, Grealish is expected to report back for pre-season next week...but it is currently unclear whether he will re-join his team-mates at Villa or head up to City.

He has been holidaying in Mykonos after helping England reach the Euro 2020 final, and the speculation mounted further during his time away.