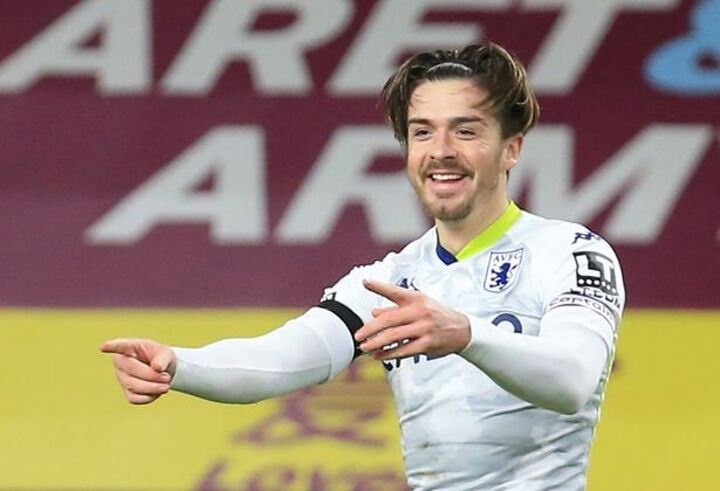 Jack Grealish could not resist a light-hearted Bruno Fernandes joke as rumours continue to swirl over a move to Manchester United.

Ole Gunnar Solskjaer would love to snap up the Aston Villa captain, who is currently sidelined with injury.

In 22 Premier League appearances, Grealish has netted six and assisted 10.

It comes amid one of the best seasons in recent history for Villa, who are in the race for European football.

However, with Grealish sidelined it speaks volumes that Dean Smith's men are starting to see their form drop off - who have won just one of their last four Premier League matches.

United remain interested in the England international but Villa insist he is not for sale.

Grealish recently gave an interview with UMM by Harry Pinero, who is a Red Devils fan.

As the chat came to its conclusion, the interviewer referred to the playmaker signing a new deal at Villa Park last year, saying: "You upset a lot of people when you signed that contract.

"Including one guy, he was ready to delete social media. This guy was Harry Pinero."

Grealish replied: "Who do you support?"

"The team who you should have signed for in the summer," was retorted.

It saw the 25-year-old burst out laughing before saying: "You've got Bruno instead!"

Much has been made over United's interest, with some insisting that the club already have too many players for that position.

Instead, fans would prefer a striker signed with Erling Haaland top of many wish lists.

However, Grealish has insisted that he would not mind where he plays as long as he is in the starting XI.

"I actually could not care less where I play," Grealish said.

"Because at Villa I sort of have a free role anyway. Really, when we're in possession, I just have license to go anywhere really."