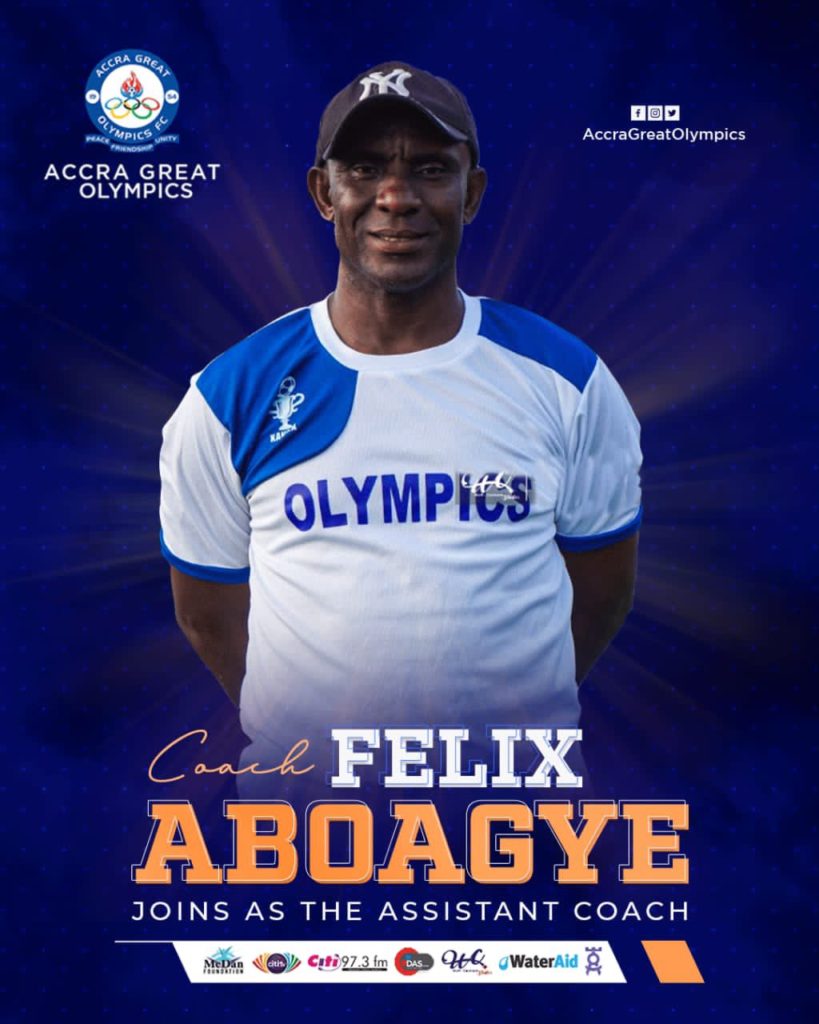 Felix Aboagye has enormous experience in the domestic league, having worked with Elmina Sharks and Inter Allies in the past.

The former Al Ahly player failed to rescue Inter Allies from the drop last season after he was named head coach.

Great Olympics are hoping to build on the performance of last season, when they finished sixth, by bringing in new players.

The Dade Boys have also signed form Inter Allies player Samuel Armah as part of strengthening their squad for the new campaign.

Great Olympics begin their season with a trip to the North to play Real Tamale United.