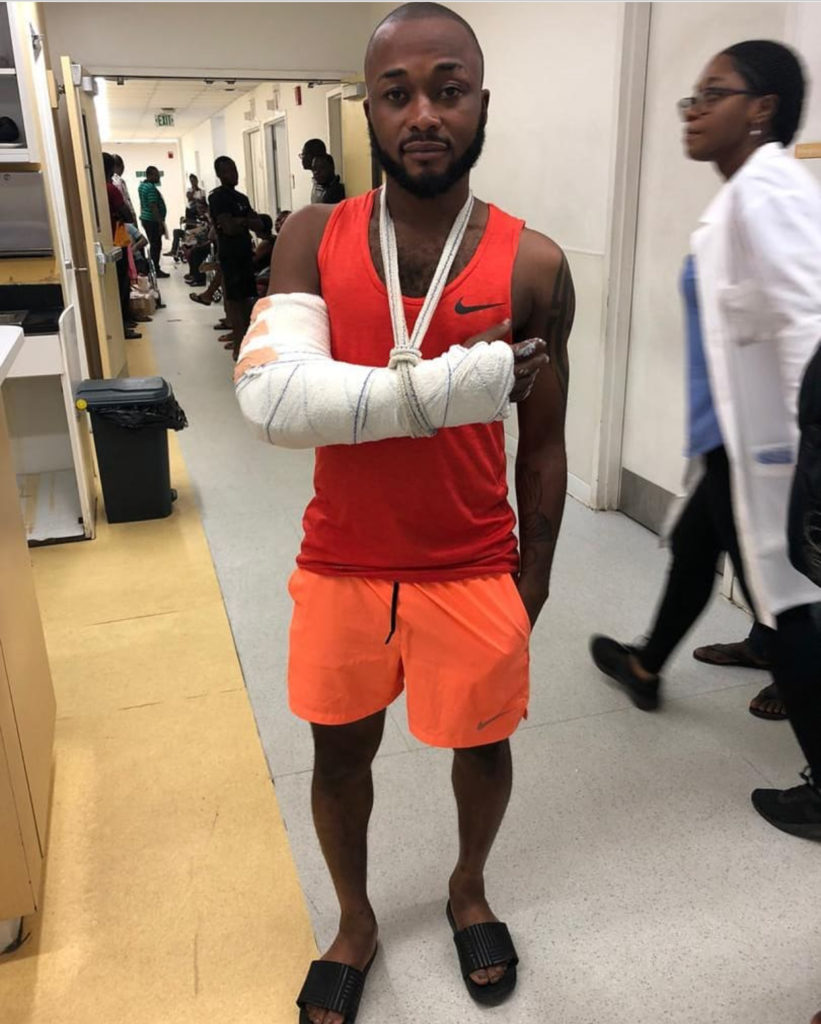 Great Olympics deputy captain Gladson Awako is set to spend sometime on the treatment table after sustaining arm injury during their Ghana Premier League clash against Ebusua Dwarfs on Saturday.

The Dade Boys exhibited one of their best performances in the ongoing campaign as goals in either half from Maxwell Abbey and Philip Sackey saw them overcome Ebusua Dwarfs 2-0 at the Accra Sports Stadium.

The victory was overshadowed by the arm injury suffered by assistant skipper Gladson Awako in the 37th minute.

Awako was rushed to the hospital with the fear that he’s broken his right arm.

However, scan result revealed that there is no break nor fracture in the arm hence he’s expected to make a swift return to the pitch.

Awako has been in fine form for the Dade Boys since joining as a free-agent late last year.