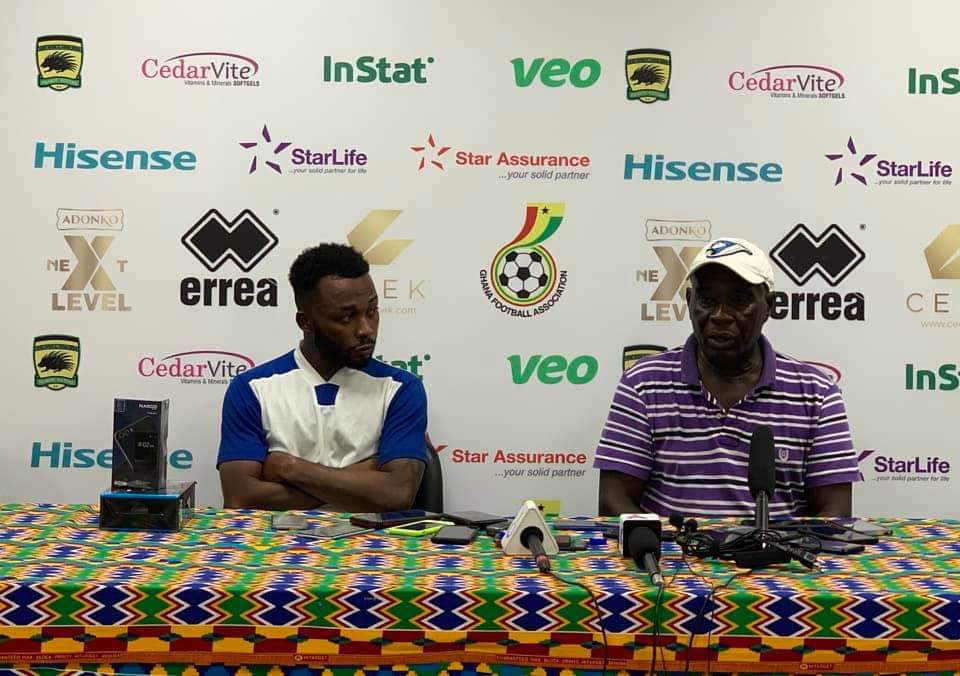 Asante Kotoko were shambolic against the Dade Boys, losing 1-0 in the Week 3 outstanding fixture at the Accra Sports Stadium on Thursday.

Great Olympics win admirers with their lucid play as they dominated the league favourites on their own patch.

During his post-presser, coach Walker opened up on how he suppressed Maxwell Konadu and his charges in midfield to emerge victorious.

“I have not watched Kotoko play this season but my assistant coach who have watched their games made me understand that they’re good in midfield but most of the time I don’t look at my opponents as I always have trust in my players.”

“With the maestro [Gladson Awako] in midfield, he conducts the team from the field. We took over the midfield and we were better than them that’s why we defeated them.”

Awako, whose brilliant lofty pass found Michael Yeboah on the far post to nod home the winner, was named Man-of-the-Match following his monstrous display in the game.

It is the playmaker’s second MoTM gong in the ongoing season.