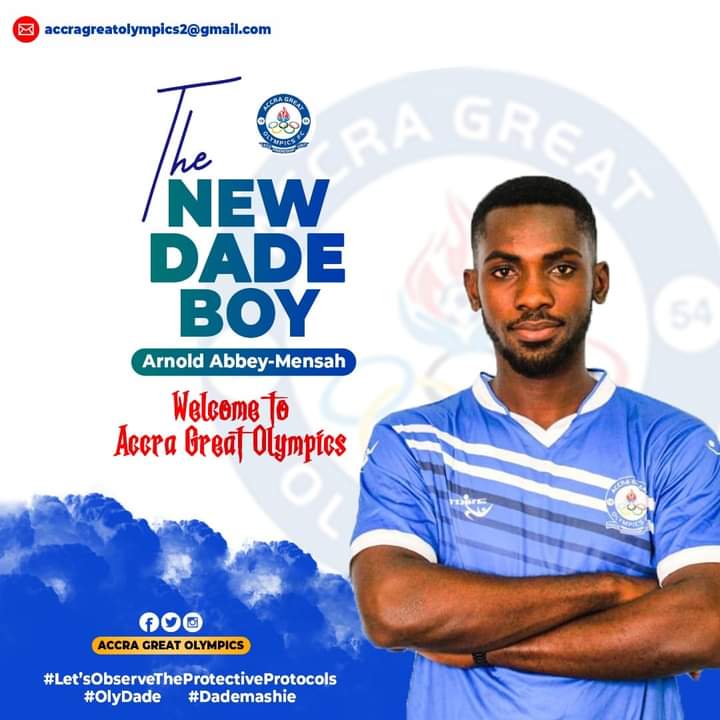 Great Olympics FC have announced the signing of youngster Arnold Abbey-Mensah for the 2020/2021 season.

According to PRO of the Accra-based side, Nii Armah Oblie, they scouted and poached the talented player at the GUSA Games while he was featuring for the University of Ghana (UG) team.

Abbey-Mensah is described as budding talent with excellent dribbling skills, full of stamina and has attributes of powerful shots in both legs.

The left-footed attacking midfielder has huge potential of becoming a star in the near future.

Abbey-Mensah comes from a suburb in Accra called Mamprobi.