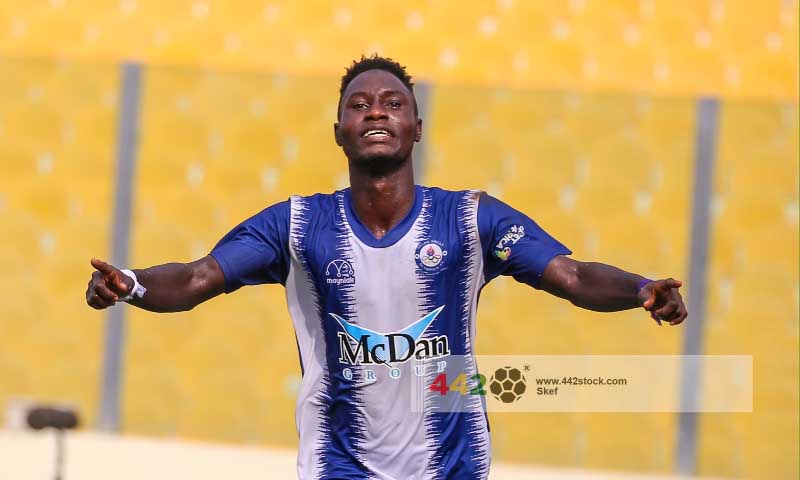 Hearts of Oak nemesis and Great Olympics forward Abdul Razak Yussif has said he takes delight in scoring against the Phobians when face each other in the Ga Mantse Derby (City rivalry).

Yussif has scored four goals in his three matches against Hearts in the Ghana Premier League with the latest coming in last Sunday's 1-1 stalemate.

Yussif netted the opening goal when the two sides clashed in the matchday two fixture at the Accra Sports Stadium.

The former Ghana U20 player scored three goals against same opposition in the premiership last term with Olympics winning both encounters 1-0 and 3-0 respectively.

"It's my fourth goal against Hearts in two seasons. It brings me joy whenever I score against them (Hearts). Playing against Hearts is always a big occasion and when you score, you become an instant hero."

Speaking to Ghanaian Times newspaper expressed his excitement for being on the scoresheet once again against Hearts.

He is also optimistic his first goal of the new campaign will open the floodgates for many more to come in the course of the season.

"This was my first goal of the season and it was against Hearts. I believe it’s a sign that I’ll get more goals for my club. I’m ready to achieve that feat which requires focus and consistency." he said.

Yussif gave the Dade Boys the lead just eight minutes into the game following a poor start from the Hearts defence.

Hearts fought back and picked a point from the crucial encounter with a late header from new signing Konadu Yiadom.