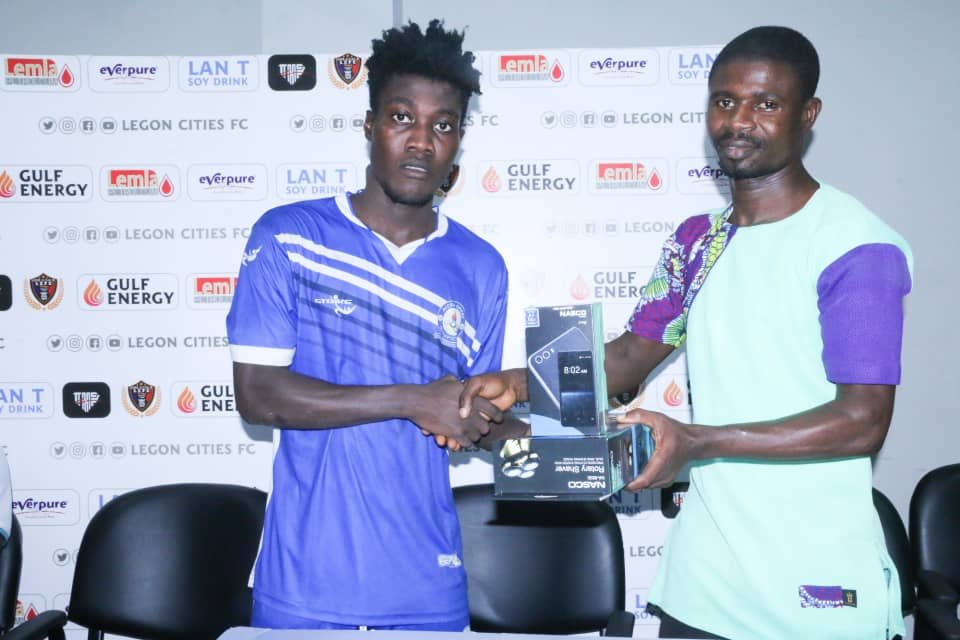 Yakubu Mohammed opened the scoring for the host after just 20 minutes but Great Olympics leveled through Sulley just five minutes to the break.

Few minutes later Yakubu Mohammed nearly scored for Legon Cities after punching on a through pass from Karim Jabila.

Sulley’s overall display in the game did not go unnoticed as he was handed the best of the match accolade.

The youngster has been a key cog for the Dade Boys since joining on loan from lower-tier side New Life Academy.