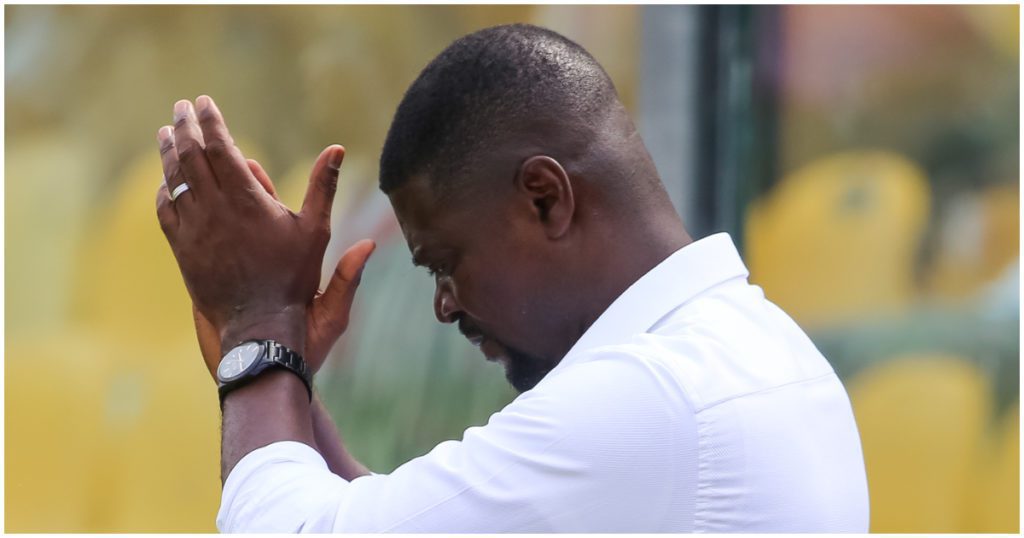 Hearts of Oak coach, Samuel Boadu, has claimed rivals Great Olympics will be stopped on Sunday in their Ghana Premier League matchday 2 clash.

The Phobians renew their rivalry with the Dade Boys at the Accra Sports Stadium on Sunday, with both teams heading into the match with contrasting fortunes.

Great Olympics secured victory on matchday one against Bechem United while Hearts of Oak suffered defeat in Dormaa to Aduana Stars.

The FA Cup holders have also lost their last two games against Great Olympics in the Ghana Premier League, but Samuel Boadu believes the tides will turn on Sunday.

"We've lost the last two games to Great Olympics so they have the mindset they will be us again but trust me, it wont happen for the third time," he told reporters.

"We are preparing to meet them and I know it will be good football on Sunday," he added.