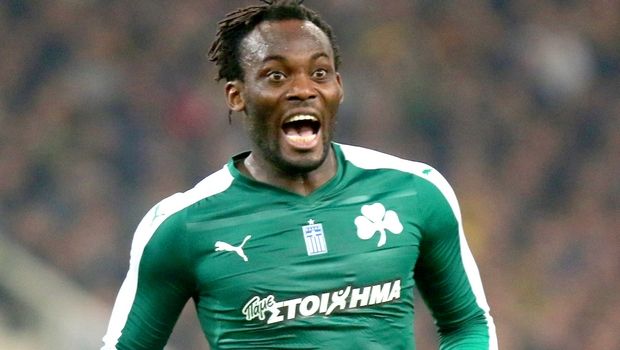 Michael Essien is smiling to the bank

The Shamrocks have endured one of their worst season in the Greek top flight league and report suggest that president of the club had to let the players leave camp due to underwhelming performance.

Meanwhile, the hearing of the complaints of Michael Essien and another player Mladen Petric against Panathinaikos was held on Wednesday, May 2nd at noon in the EPA arbitration tribunal.

The decision reached by the arbitral tribunal on the issue of the Ghanaian can also lead to a further deduction of three points for Panathinaikos.

As Sport24 says, in the case of Michael Essen, it is due 11,000 euros from the February installment and the entire March installment for which he has made the complaint. The Ghanaian has also filed a complaint only for the installments due and not for the whole amount, like Vemmer.

Essien has since left Panathanaikos and now plays his football for Indonesian side Persib Bandung. He is also an ambassador for former club Chelsea.