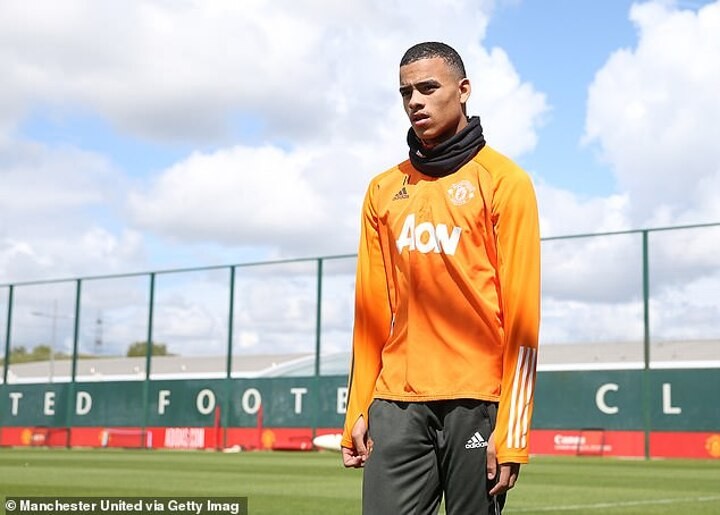 Mason Greenwood said it was 'mentally challenging' to overcome criticism at Manchester United but admits he is 'happy' to be back playing his 'best football'.

The 19-year-old faced severe criticism for the first time in his career after making mistakes on and off the pitch.

The brunt of his criticism came after he was ruled out from the England national team due to breaching the Covid-19 protocols.

However, the academy graduate has learnt to deal with those outside voices and prevent them from becoming a distraction.

Speaking to Sky Sports about the pressure he was under at Manchester United, Greenwood said: 'It was difficult.

'You know how it is, it was obviously going to come. It was a mental challenge but you have to block it all out really. If you play for United, one of the biggest clubs in the world, you have to overcome that.

'I have pushed that to one side just to concentrate on my football. I have overcome it now. I am happy to be back playing my best football.'

The 19-year-old also earned his spot in Gareth Southgate's England side after scoring 17 goals for Manchester United last season.

However, he was later sent home from the senior squad for sneaking a beauty queen into the team hotel in Iceland.

He and Phil Foden were the players involved in that incident, and while the Man City midfielder was included in the November internationals, Greenwood was once again left out.

Nevertheless, Greenwood believes he has used his exclusion from the England squad to learn from his mistakes and fulfil his potential.

He said: 'My hold-up play has improved. I don't think I give the ball away as much as I used to do when I was younger and just coming into the team. I know the game a bit more and the pace of the Premier League a bit more. It has all come together.'

Asked if he could land a place England's 26-man squad for the European Championship, Greenwood said: 'It would be nice to go to the Euros but I just want to be fully focused on United for these two games and the Europa League final.