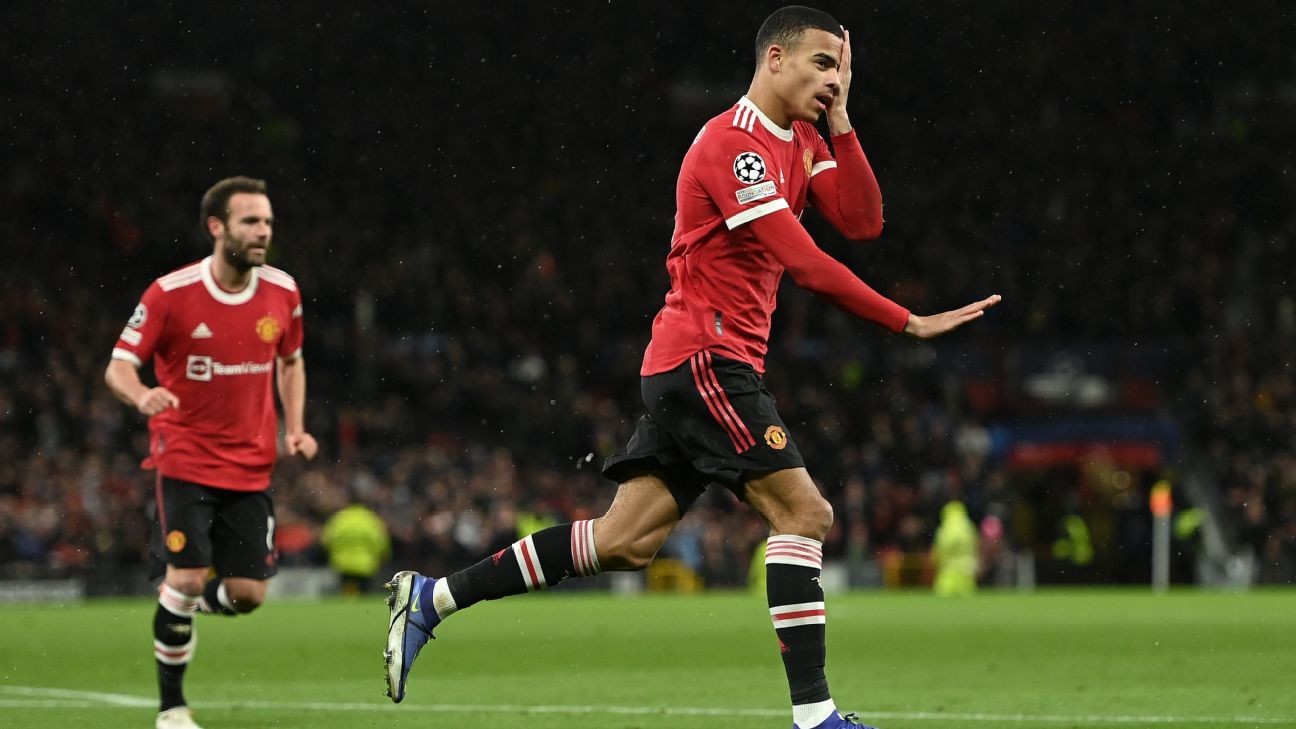 MANCHESTER, England -- Ralf Rangnick used Manchester United's Champions League tie with Young Boys as an audition for his new-look team and while some of the players on show can expect a call back from the German, others will fear being left behind the scenes.

With their place at the top of Group F already secured, Rangnick made 11 changes to turn the game into a glorified fact-finding mission. Cristiano Ronaldo, Harry Maguire, David De Gea and the rest were left at home on a cold, wet December night in Manchester but after a 1-1 draw with the Swiss champions, Dean Henderson, Juan Mata and Mason Greenwood let Rangnick know they can be willing allies in his Old Trafford revolution.

Aaron Wan-Bissaka, on the other hand, has reason to worry that the curtain may be about to come down on his days as a regular in the team.

"It was an experiment," said Rangnick afterwards. "I wanted to save some players for Norwich and we have picked up a few more knocks.

"I was aware before the game that this team had not played together. The first half hour we did OK, there were a few unforced errors. We should have been 2-0 or 3-0 up but we didn't score and were sloppy.

"After we conceded the equaliser we did not defend high enough and it could have even been 3-3 at the end."

Mason Greenwood and Juan Mata were among the players who raised their stock. Gareth Copley/Getty Images

His programme notes ahead of the game seemed to be aimed as much at his squad as the supporters with the 63-year-old reminding his new charges that no one's selection will be "guaranteed" during his time on the touchline.

"I am still learning about the players in the squad and although I kept the same team for [Crystal] Palace which had beaten Arsenal, this doesn't mean that anything is guaranteed," he wrote.

"There will be chances for everybody to stake a claim, especially with so many games at this time of year. What I want to see is every single player striving to make the most of every chance they get."

Greenwood was the first to take his opportunity with a spectacular finish from Luke Shaw's cross inside 10 minutes. The 20-year-old, starting for the first time in more than a month after a bout of the coronavirus, managed to hook a ball which appeared destined to skid away behind him into the corner of the net. It was a finish so good it left Young Boys goalkeeper Guillaume Faivre looking unsure as to what had happened and Rangnick pumping his fists in celebration.

At the other end Henderson was twice in a good starting position to dart out of his area and sweep up behind United's new high defensive line. Making just his second start of the season, he made a good save from Fabian Rieder before being replaced midway through the second half for Tom Heaton, who came on for his debut 19 years after first joining the club.

In midfield, Juan Mata was given a deep role next to Donny van de Beek. The Spaniard, overlooked for much of the season, used the extra space to showcase all of his technical ability. It took just three minutes for him to collect the ball in the centre circle and whip and delicious pass 40 yards to create the first chance for Amad Diallo.

Rangnick says he wants his players to "control" games and while Mata was determined to carry out those instructions, Wan-Bissaka had a far more chaotic evening. If he wasn't wasting good crossing opportunities down the right, he was giving the ball away in dangerous areas. He will not want to see a replay of Young Boys' equaliser either; the right-back seemed to switch off as Van de Beek rolled a pass in his direction allowing Rieder to nip in and score with a curling effort which flew into the top corner just before half time.

Aaron Wan-Bissaka struggled and was later stretchered off with a late injury. Clive Brunskill/Getty Images

After Diogo Dalot's impressive performances against Arsenal and Crystal Palace, there can only be one starter for the trip to Norwich City on Saturday. It may be out of Rangnick's hands anyway after Wan-Bissaka ended the night on a stretcher after colliding with the advertising boards during the last attack of the game.

Rangnick's desire to look at all of his options also saw him hand debuts to 18-year-old pair Charlie Savage -- son of former Wales international Robbie -- and Zidane Iqbal, the first British player of South Asian descent to represent the club.

That was a glimpse into United's future but Rangnick's aims, for now, are much more short-term. He has a Champions League last-16 tie against one of Paris Saint-Germain, Atletico Madrid, Internazionale, FC Salzburg, Sporting CP and Benfica to look forward to in the new year and before then a winnable run of Premier League fixtures as he looks to put pressure on the teams at the top.

After a closer look at his squad against Young Boys, he can prepare for those games with a clearer idea of the players who can help him make the most of his own opportunity to impress in his six months in the United hotseat.