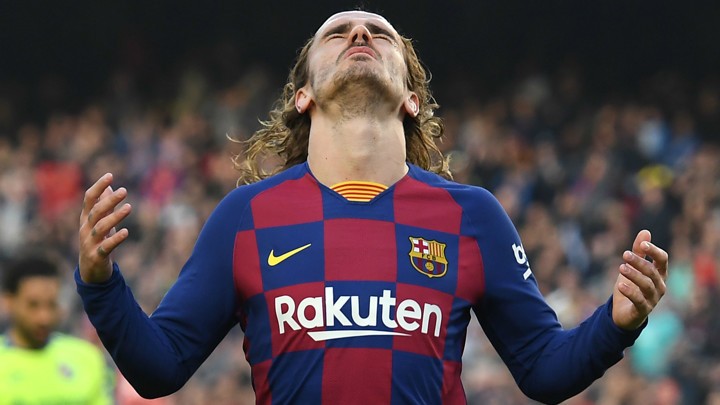 The scout who discovered Antoine Griezmann as a youngster says he has been saddened by the France international’s time at Barcelona, and he thinks he deserves more consideration.

Eric Olhats scouted Griezmann when he was 13 years old, taking him to Real Sociedad.

Griezmann played 201 times for Sociedad, scoring 52 goals in all competitions before moving on to Atletico Madrid and eventually Barca.

However, the 29-year-old has struggled to justify his controversy-laden €120 million (£107m/$134m) summer move to Camp Nou, with just eight goals in La Liga in his debut campaign.

“When he left Atletico Madrid, I was sad to see the controversy that there was. It really affected me,” Olhats told Mundo Deportivo.

“I can understand why he would want to sign for Barcelona. Barca is Barca.

“Other players and friends said that his game was going to fit in and adapt very well to the way Barca play, tiki-taka and all that, but I don’t like his performances.

“You see that there are problems, that he isn’t enjoying it.”

Olhats believes Griezmann can do more for Barca, but he suggested he is being prevented from showing his true ability.

“It hurts me because I know what he is capable of doing,” he said.

“He can give much more and he doesn’t say anything. He tried to do it without saying anything.

“It seems that he does not receive as many passes from the other players, or as much from the boss.”

The scout added he hoped that the situation would change, but he still feels his old protege is being marginalised.

“A month passed, then a second,” he added.

“He understands that he is not the boss there, but due to his attitude and his talent, he deserves to have a little more consideration.

“He is only 28 years old [at time of interview] and a world-class player.”

Griezmann said in February that he believed things would work out if given time, and that he was still developing an on-field relationship with Lionel Messi.

"I've been here six months; we still have to learn,” Griezmann said.

“I have to learn [Messi's] movements and he has to learn mine. We're enjoying the work we put in together and it's getting better and better all the time.