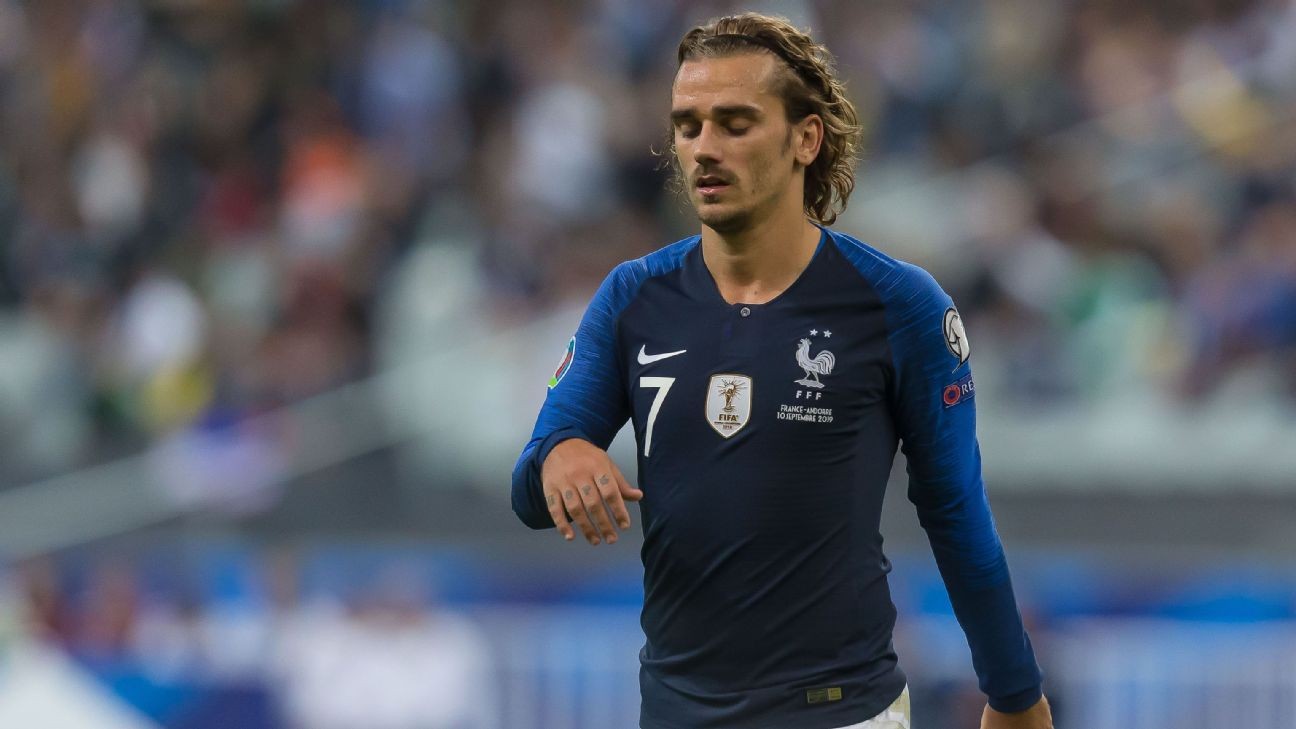 Antoine Griezmann is denied from the spot again for France in Euro 2020 qualifying. Watch France-Andorra on ESPN+.

Frank Leboeuf explains why he feels Belgium, not France, are the current favourites to win Euro 2020.

Kingsley Coman scored twice as France breezed past Albania beating them 4-1 at the Stade de France in Paris.

France forward Antoine Griezmann has said stopping matches for anti-gay chanting is a "good thing" -- just one day after French Football Federation (FFF) president Noel Le Graet had made clear his opposition to the idea.

The FFF introduced new rules this season enabling referees to interrupt play in the event of any such incident, but Le Graet said he was not in favour of this.

However, Griezmann, who provided an assist but also missed a second consecutive penalty in Tuesday's 3-0 Euro 2020 qualifying win over Andorra at Stade de France, views it positively.

"For me, stopping the matches is a very good thing -- whether it is for homophobic or racist chanting," the 28-year-old told Radio Tele Luxembourg (RTL) postmatch at Stade de France. "If we stop games, people will not be happy and those doing the chanting will stop it."

Griezmann's position is directly contrary to Le Graet's, who has said he is "totally against" the stoppage of matches for homophobic, but not racist, chanting.

France captain Hugo Lloris said he agrees with Le Graet that avoiding match stoppages would be preferable but does want an alternative solution found to the problem of anti-gay and racial chanting in stadiums.

"If you want my point of view, as a player, I am against stopping matches," he said after the Andorra win. "There, it is not the appropriate solution.

"Various forms of discrimination must be fought against, but stopping matches is not necessarily the best solution. It will not stop a minority of imbeciles from doing what they do at the stadium. There are other solutions and we must back the LFP to make the best decisions."

Several Ligue 1 matches have been briefly interrupted by referees this season because of anti-gay chants in the stands, in accordance with new rules the FFF enforced this season.