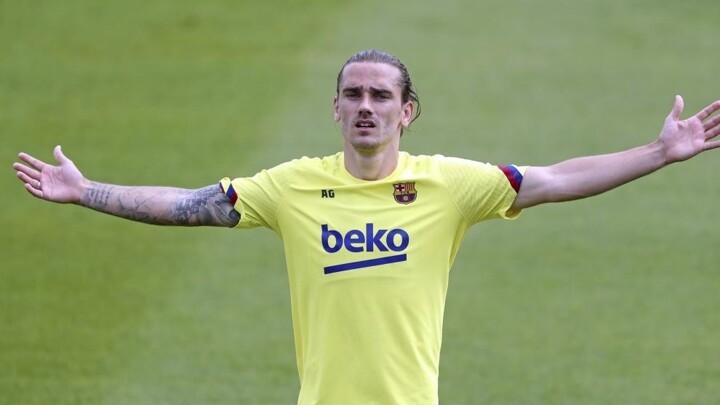 Antoine Griezmann is experiencing problems in front of goal for Barcelona. Against Getafe, he played in his favoured central position in attack, but the same story unfolded.

In the first three games of the season, Griezmann had played on the right wing for Barcelona. The Frenchman is no stranger to playing in that position, either for club or country, but it's not where he feels most comfortable.

During the international break, he played in his preferred central role for France and scored against Croatia on Wednesday, prompting comments about his position at Barcelona.

"I feel good, the coach knows where to position me," Griezmann said, referring to France boss Didier Deschamps.

"I'm trying to take advantage of this situation, of the position I'm being played in here, and I have the confidence of both my coach and my teammates."

That led to Ronald Koeman being asked about Griezmann's position within the Barcelona team.

"I have no problem with Antoine," Koeman responded.

"I look for the best and try to get the best out of everyone.

"Someone plays as a No.11 and one must play as a No.10, another No.9, others in holding midfield... but I don't put anyone in a place other than their position. Griezmann can play inside."

At the Coliseum Alfonso Perez on Saturday, Griezmann got his wish, as Koeman moved Lionel Messi to the right wing to allow the French international to play up front.

However, in the 30th minute, Griezmann missed a great chance to open the scoring, clearing the crossbar when one-on-one with David Soria.

Last season - his first at Barcelona - wasn't a particularly successful one for Griezmann, who recognised himself that he could have done better.

Since his move from Atletico Madrid last summer, the World Cup winner has failed to find a comfortable place in the team, whether under Ernesto Valverde, Quique Setien or Koeman.