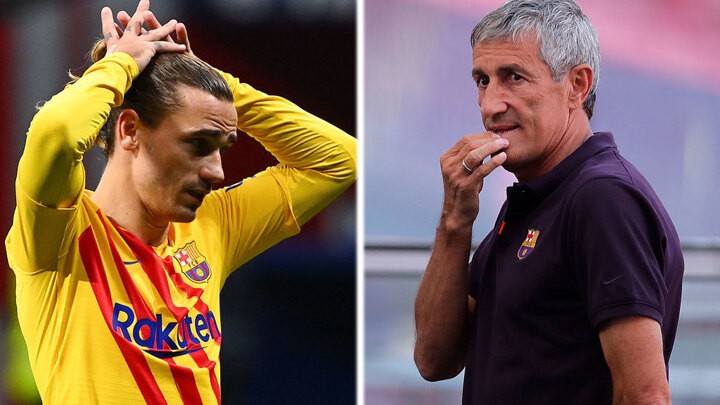 Antoine Griezmann has provided an insight into his relationship with former Barcelona coach Quique Setien, who famously brought the Frenchman off the bench in the 85th minute against Atletico Madrid, Griezmann's former team, last season.

The 29-year-old revealed just what he said to Setien the day after that match, which finished 2-2.

"With Quique Setien my relationship was normal; my parents told me to ask him why he didn't put me on," Griezmann said on Movistar's Universo Valdano programme.

"After playing five minutes against Atleti, Setien wanted to talk to me. I told him there was no need.

Griezmann admitted that, with Setien as coach, he learned certain automatisms with regard to looking for passes and improving moves at the beginning of the play.

"I learned a lot about bringing the ball out, but I never had a problem with it," said the Frenchman.