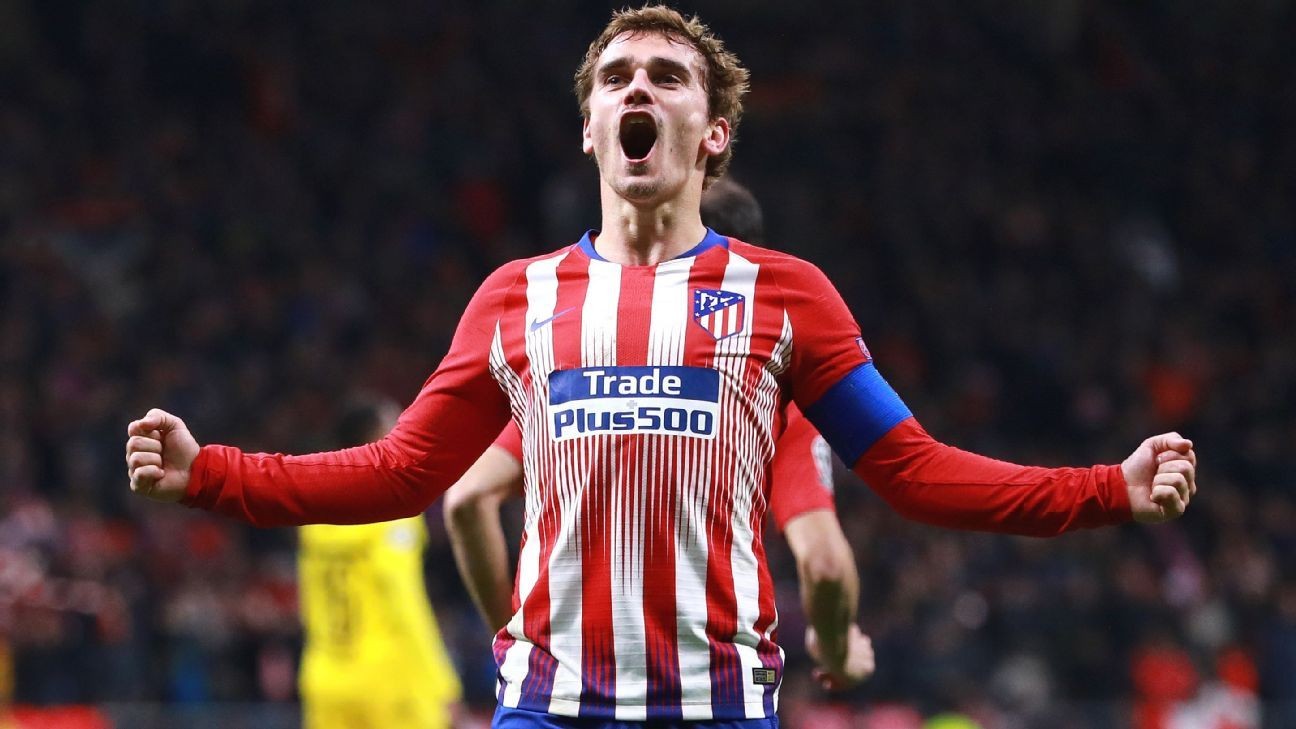 With reports Barcelona are set to trigger Antoine Griezmann's release clause, the FC guys assess how the France star will fit into the current side.

Sid Lowe shares the latest on Antoine Griezmann's links to Barcelona, and his hunch the dressing room would prefer Neymar return than bring in the Atleti star.

With Antoine Griezmann in the news with his decision to leave Atletico Madrid, Frank Leboeuf is asked about his role in the France national team.

Griezmann, 28, communicated to Atletico that he would leave the club this summer in the final week of the La Liga season. At the time, sources at Barcelona told ESPN FC that the Spanish champions were hopeful of signing the forward.

The France international has not yet revealed what his next move will be, despite making his Atletico departure public, but Gil Marin has no doubts about where his future lies.

"I've been certain where Griezmann will play next season since March," Gil Marin told Movistar on Wednesday. "He will play for Barcelona."

Griezmann has offered conflicting versions of his current situation over the past few days. He followed up a comment saying he knows where he will be playing next season by backtracking and saying nothing has been confirmed yet.

"I want my future to be decided more than anyone, but let's be patient," Griezmann said on Tuesday. "Maybe in two weeks we'll know something."

Barca are keen to sign Griezmann despite the manner in which he turned them down last summer. His decision to star in a documentary in which he snubbed their offer in favour of remaining with Atleti irked some people at the Catalan club, but president Josep Maria Bartomeu has remained keen on the attacker.

Bartomeu told ESPN FC that the documentary, titled "The Decision", was "water under the bridge" in an exclusive interview in April.

However, Barcelona need to balance their books before committing to more signings, with the club targeting at least €60 million in sales before the end of June, which is when the financial year ends.

Griezmann's release clause, meanwhile, drops from €200m to €120m on July 1, making him significantly cheaper for Barcelona in just over two weeks than he would be now.

Sources told ESPN FC that Griezmann did not personally reveal to Atletico where he will move, but he did tell them he will deposit his release clause with the league at the start of July.

Barca could try to negotiate a deal with Atletico, but sources close to the club have said they remain reluctant to open talks before July when the clause dips, due to the fact the Rojiblanco reported them to FIFA for making an illegal approach on Griezmann at the end of 2017.

Griezmann is one of a number of signings Barca are lining up this summer following a disappointing end to the season in the Champions League and the Copa del Rey. They have already finalised a deal for Ajax midfielder Frenkie de Jong and are still trying to persuade his teammate Matthijs de Ligt to join.