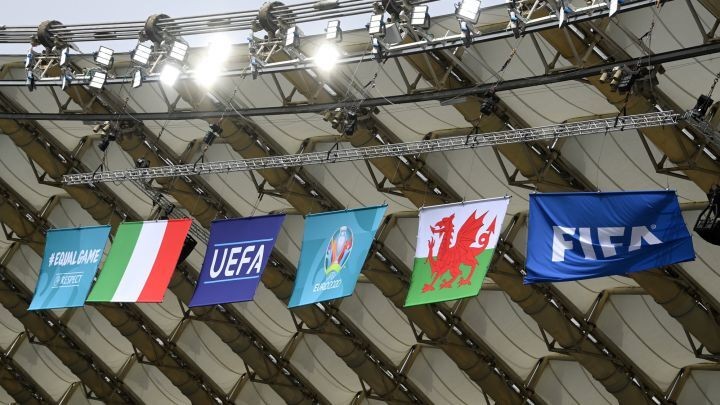 Rome and Baku were the settings for match-day 3 in group A with Roberto Mancini's Italy sending a warning to other sides after an impressive start.

Italy topped their group in the European Championship after a third straight win on Sunday, with a first-half goal from Matteo Pessina giving them a 1-0 victory over 10-man Wales, who also advance to the knockout stages of the competition.

The Italians had already guaranteed their progress, while Wales secured a berth too by finishing ahead of Switzerland on goal difference.

Italy manager Roberto Mancini made eight changes to rest most of his first-choice starters, but Italy still dominated and missed several chances either side of Pessina's 42nd-minute goal, when he steered a low Marco Verratti free kick into the far corner.

Welsh centre back Ethan Ampadu was shown a straight red card in the 55th minute for stamping on Federico Bernadeschi's foot, and Wales then missed their best chance of an equaliser in the 74th when Gareth Bale volleyed over the bar from close range.

Switzerland could still advance as one of the four best third-placed teams, beat Turkey 3-1 in Baku. The Swiss have four points but a negative goal difference of -1 and will now have to wait until the other groups conclude to see if they progress as one of the four third best sides.

Turkey concluded a hugely disappointing campaign with three defeats and just one goal from the trio of Euro 2020 games with head coach Senol Gunes coming under heavy criticism from Turkish fans and media.