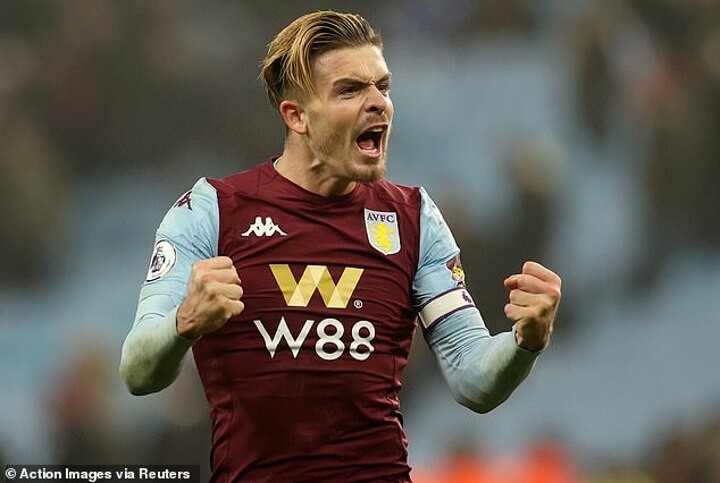 Manchester City's £100million purchase of Jack Grealish means Pep Guardiola is fast closing in on an astonishing £1billion spent since he took over as manager in 2016.

The reigning Premier League champions will break the British transfer record to sign Grealish from Aston Villa with confirmation of the move imminent.

That will take City's spending under Guardiola to just over £918million and should they succeed in their pursuit of Tottenham striker Harry Kane this tally will move above the billion pound mark.

Tottenham are demanding a transfer fee of £150m for England captain Kane, meaning Grealish could quickly be surpassed as City's record transfer outlay.

Guardiola has delivered three Premier League titles, the FA Cup and four League Cups during his five seasons at the Etihad Stadium but this success has required plenty of spending by the club's Abu Dhabi owners.

No manager at a single club has ever spent more than Guardiola has at City and the big money arrivals just keep coming as they aim to retain their league title and go one better than last season in the Champions League.

According to data from Transfermarkt, some 35 players signed by Guardiola have commanded a transfer fee and, including Grealish, the overall figure now stands at £918,017,363.

Grealish, 25, has been high on City's target list for some time and they were prepared to meet Villa's £100m asking price for their captain.

Dias enjoyed an outstanding first season for the club, winning the Premier League Player of the Season and the FWA Footballer of the Year award as his composed defensive performances helped City win the title back from Liverpool.

The transfer fee for Dias was marginally bigger than the £61m spent to bring Riyad Mahrez from Leicester in July 2018, while another defender, Aymeric Laporte, cost £58.5m that same summer.

Joao Cancelo, Rodri, Benjamin Mendy and John Stones have all commanded transfer fees in excess of £50m in the past few years, explaining how they have collectively totalled a billion in just a few years.

But Guardiola does have a very good hit rate with these expensive purchases, with all of those playing regularly for City with the possible exception of Mendy, who has suffered injury setbacks.

Others were bought with one eye on the future. Defender Nathan Ake, for instance, cost City £40m to buy from Bournemouth last year but has played just 13 games so far.

Brazilian forward Gabriel Jesus was £28.8m from Palmeiras but despite a positive start in City blue, the fact they are targeting Kane suggests he is not seen as the long-term leader of their attack.

By the law of averages, not every signing can succeed and certainly some money has gone down the drain during Guardiola's tenure.

The Spanish striker Nolito cost £16.2m but never settled in Manchester and moved on to Sevilla after just one season and six goals.

Another Spaniard, Angelino, was with the club as a youngster before joining PSV Eindhoven. City then decided to re-sign him for £10.8m but had little actual use for him and signed for RB Leipzig back in February after a loan spell.

Brazilian Douglas Luiz - £10.8m from Vasco Da Gama - had work permit issues which meant he spent two seasons on loan at Girona without turning out for City, before joining Aston Villa.

But for all the astronomical figures, one of Guardiola's most successful signings was also one of the cheapest.

Oleksandr Zinchenko joined from Ufa for just £1.8m to raised eyebrows, spent time initially on loan at PSV Eindhoven before becoming a first-team regular through sheer perseverance and hard graft.

It is a hallmark of champions that they don't rest on their laurels and continuously renew and refresh. We've certainly seen that from City this summer.

Grealish will offer them something a little different in attack and he's already proven he can terrorise defences at the highest levels.

With Guardiola's coaching and his prime years ahead, he could ultimately become a world class player.

And if City succeed in landing Kane as well their rivals will be feeling very despondent about their chances of wresting the Premier League title away.

But for Sheikh Mansour and City's hierarchy, the mission won't be accomplished until they win the Champions League. They came exceedingly close last season, losing to Chelsea in the Porto final.

It's taken them nearly a billion pounds to reach this point but as many of European football's other wealthy clubs struggle with a form of long Covid on their balance sheets, City are powering on.