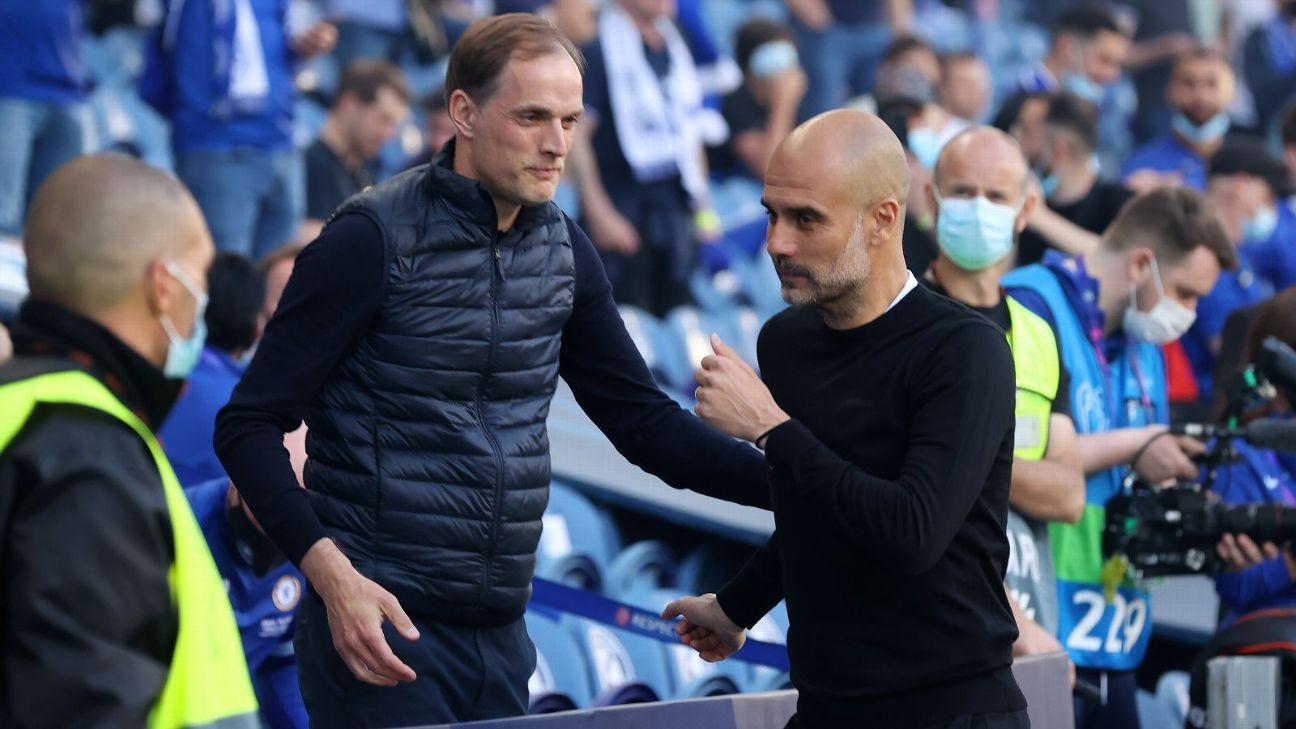 Pep Guardiola has dismissed Chelsea manager Thomas Tuchel's claim that the ongoing coronavirus pandemic has been a key reason behind Manchester City pulling clear at the top of the Premier League table.

City and Chelsea meet at the Etihad Stadium on Saturday with Guardiola's side 10 points clear in the title race.

Tuchel believes City have had an advantage because "they did not suffer from COVID like we did" but Guardiola insists he has had to deal with his fair share of problems -- including having 21 players and staff members isolating ahead of last week's FA Cup third round tie against Swindon Town.

"I say what I said before -- the situation is all around the world," Guardiola told a news conference on Friday. "We had injuries, we had COVID. Maybe we don't say which players -- out of respect [to those players] the club don't do it -- but we had a lot of players and backroom staff with COVID and at the beginning of the season we had a lot of tough injuries with our players.

"The pandemic is all around the world and everywhere there is the virus. We are exposed every single minute and day to getting it and we're no exception."

City have won 11 straight league games to put themselves in pole position to reclaim the trophy they won last season. Chelsea, meanwhile, have drawn four of their last five in the Premier League and Guardiola has hinted his team sometimes do not get the credit they deserve.

"If they believe it [COVID] is the reason why then maybe," he said. "Maybe. Sometimes it's the money that we have, sometimes it's COVID. I don't know. Maybe."