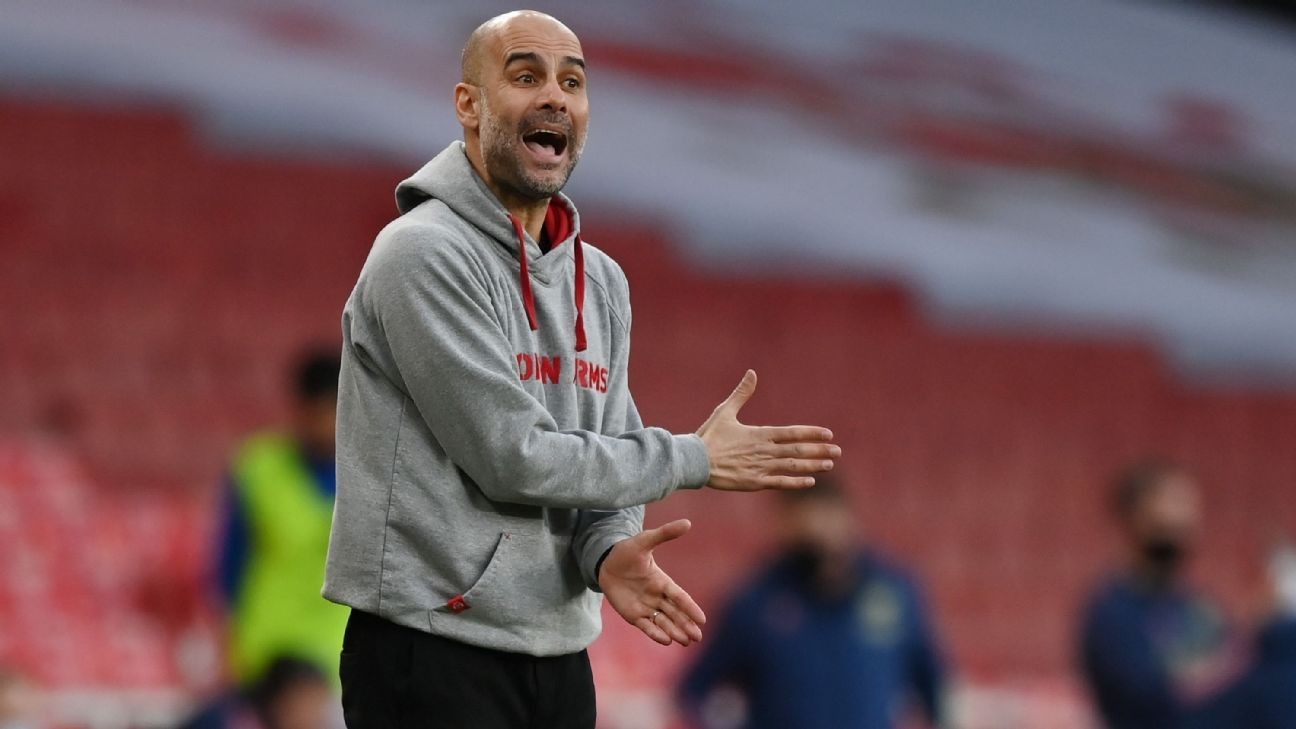 Manchester City manager Pep Guardiola says he shouts at his players too much.

City are on a 19-match winning run and remain in the hunt for an unprecedented quadruple but Guardiola says he is still demanding more from his squad.

"Sometimes I shout at my players and I should not do it but I cannot control it," he told a news conference on Friday.

- Ogden: Seven reasons why the title swung to Man City
- Karlsen: Who could replace Sergio Aguero at The Etihad
- Stream ESPN FC Daily on ESPN+ (U.S. only)

"When I was a player it was like this too, it's the way I am. I don't want to be fake to myself. Sometimes I'm more calm. It depends. I do it because I love my job, I enjoy being a manager and I want to be better. I want to try to reach the team every day to do it better."

Guardiola raised eyebrows following the Champions League victory over Borussia Monchengladbach on Wednesday by suggesting his success at the Etihad Stadium was down to City's spending power.

And ahead of their Premier League clash against West Ham on Saturday, the 50-year-old was quick to downplay his role.

"I would tell if I believed the reason why was me," he said.

Gab Marcotti questions why Angelino chose to spoke out about Pep Guardiola after playing for Manchester City for seven years.

"I would tell you. I would be grateful to say that the reason behind this success is because I'm so handsome and that's the reason why. It's not like that. It's the players.

"I never in my 12 years as manager scored a goal, never. I never saved a penalty, never. The artists are the players. All we can do is help them."

After missing out on a third successive title to Liverpool last season, City look set to reclaim the trophy after opening up a 10-point lead at the top.

Meanwhile, after cruising to the title last season, Liverpool are struggling to break into the top four and Guardiola believes the problems Jurgen Klopp's champions are having is further evidence of how good his team have been.

"All of us have sustained this for a long time," he said.

"I'm proud for the fact that when one team wins the Premier League they struggle a lot but we won back-to-back. Last season we could not fight against Liverpool, it was incredible, we were second but today this season, again we are there -- this is what I'm proud of most."