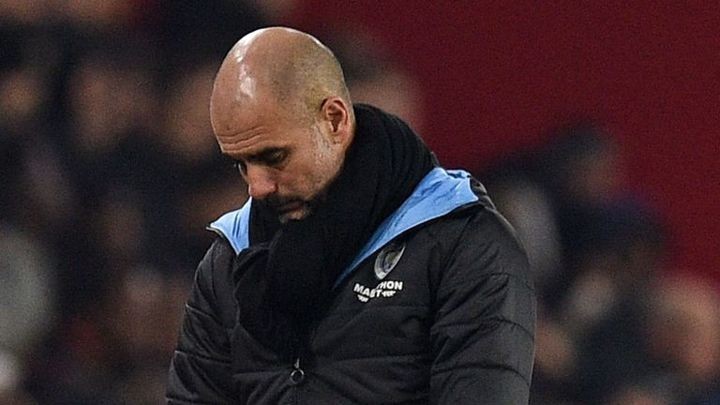 Pep Guardiola would be a "good fit" as Juventus' manager if he chooses to leave Manchester City at the end of the season, amid the club's ban from European football competitions, according to Alessandro Del Piero.

City have been prohibited from participating in all UEFA competitions for the next two seasons and fined £24.9m for "serious breaches" of UEFA's Financial Fair Play and club licensing regulations.

The Premier League holders say they are "disappointed but not surprised" by the verdict and will appeal the case to the Court of Arbitration for Sport.

Guardiola and some of his players have already been tipped to leave the Etihad Stadium in search of enjoying Champions League football at rival clubs across the continent next term, once this season finishes.

Meanwhile, Maurizio Sarri's Juventus side are currently embroiled in a tight title race with Inter Milan in Serie A and the Italian is under contract at the club until June 2022.

"I think Guardiola is a good fit for every club for what he did in the past and what he is doing now… he won in Germany he won in Spain and now I guess what is missing is Italy and France.

"It could be really interesting to see him in Italy definitely. This summer should be a hot summer, also in football!"

'City players could use ban as a positive'

The Turin-based side was relegated to Serie B, stripped of two Italian top-flight titles, and deducted nine points for the beginning of the 2006-07 season, as a result of the Italian football scandal.

Del Piero along with the likes of Gianluigi Buffon, Pavel Nedved and Giorgio Chiellini, were among a group of squad members who remained at the club and went on to help Juventus return to Serie A in the 2007-08 season.

The former Italy international forward believes that City could overcome their European ban, if the domestic treble holders' key players choose to remain at Eastlands.

Regarding City's punishment from UEFA, Del Piero said: "I'm not in a position to judge and to say "it is too hard or too less", the only thing you can do is follow what is going on.

"What happened in Italy was kind of crazy and unusual, weird from many points of view as well.

"It is what it is and at one point you have to turn the page, in front of you you have some challenges and you have to go through them. That's it.

"Obviously it is not fair if a club breaks the rules and if this happens, there has to be some kind of punishment, right?"

When asked whether their European ban could provide Guardiola's side with more motivation to win this season's Champions League, Del Piero said: "It should be possible if the club, Guardiola and the players bring this as a motivation, so they can have good energy from that.

"It depends on how they feel about it."

City come up against Real Madrid in the first leg of their Champions League last-16 tie at the Bernabeu on February 26.

Four round-of-16 ties in the Champions League are being played this week, while Sarri's Juventus team face an away clash with Lyon on February 26, following five wins and one draw which saw them top Group D before Christmas.

"Both Liverpool and Juventus have a big challenge for the Champions League, and why not Real Madrid," Del Piero added.

"With the Champions League it doesn't matter what is going on in your league, it creates different vibes and it is always like this.