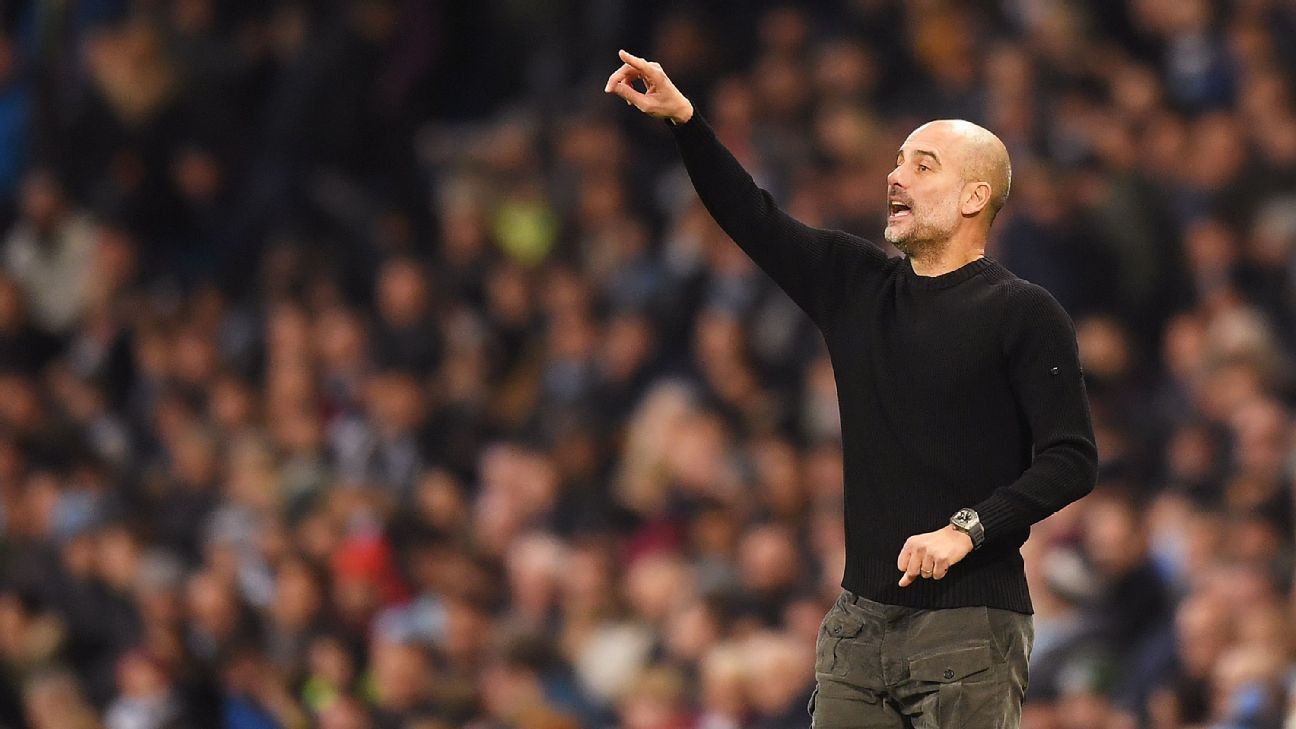 Pep Guardiola has refused to give any assurances about his future despite Manchester City's successful Champions League ban appeal.

Guardiola has a year left on his contract at the Etihad Stadium and when asked at a news conference on Tuesday whether the decision by the Court of Arbitration for Sport to overturn a two-year European ban handed down by UEFA increased the possibility of extending his stay, the 49-year-old was non-committal.

- Stream ESPN FC Daily on ESPN+ (U.S. only)
- Guardiola lashes out at UEFA, Tebas after verdict

"This club is incredibly solid with Pep and without Pep," said the City manager. "This club had success before my arrival here, with [Roberto] Mancini and with [Manuel] Pellegrini they won a lot of titles and they played really good football.

"So without me, when I leave -- I don't know when that will be -- the structure of the club wants to grow and to be solid, this is the most important thing."

Speaking publicly for the first time since the decision, Guardiola launched an impassioned defence of City's spending.

UEFA accused City of breaking Financial Fair Play regulations but Guardiola insists it is nothing that has not been matched by club's around the world.

"So we have money, but the other clubs have money too. We spend in the last decade more than it was in the past, yes, but 20, 25, 30 years ago. Arsene Wenger -- the guy who defends perfectly Financial Fair Play, so Arsene, you know that Manchester City was correct with what we have done -- spent a lot of money to be there [with Arsenal].

"United with Sir Alex Ferguson spent a lot of money to be there. Because being a good manager like I am, I'm not good enough without good players, no way, I am humble enough to accept that without my players I am nothing, zero, that's why I need my players, and for that I need clubs who are financially strong."