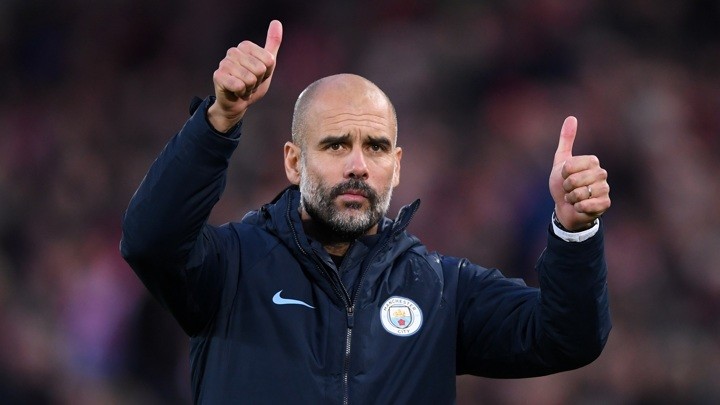 Pep Guardiola is set to see out his Manchester City contract with the Premier League champions confident that their two-year expulsion from the Champions League will be overturned.

UEFA handed down the punishment, which includes a €30 million fine (£25m/$33m), to City on Friday for breaching Financial Fair Play rules.

City criticised the ruling and immediately confirmed they will appeal the decision through the Court of Arbitration for Sport. The club remains confident that the appeal will succeed and said in a statement that they have "irrefutable evidence" to support their denial of any wrongdoing.

City’s ban is set come into force at the start of next season but with an appeal set to take several months it could throw into difficulty the club’s plans for the summer.

Guardiola and director of football Txiki Begiristain were set to bring in a number of new signings as they bid to cut the gap on runaway leaders Liverpool, who have moved 25 points clear at the top of the Premier League.

News of the ban sent shockwaves through the first team but the club sought to reassure players at a team meeting on Saturday that they remain confident that they will be playing Champions League football next season.

City sources insist the club will operate as normal with Guardiola making plans for the final 12 months of his contract. The punishment increased speculation that the Catalan could curtail his time at the club amid interest from Italian giants Juventus. But sources say that he has no plans to end his time at the Etihad Stadium prematurely.

Guardiola has won two Premier League titles during his four years at the club but is determined to deliver a maiden Champions League success and his first since leaving Barcelona. However, should the ban be upheld, this season’s competition would represent his last chance.

City face 13-times winners Real Madrid in the round of 16 later this month. The club's fans have always a difficult relationship with UEFA after several controversial punishments and regularly boo the Champions League anthem before kick-off so the second leg, at the Etihad on March 17th, is expected to be played in a hostile atmosphere.