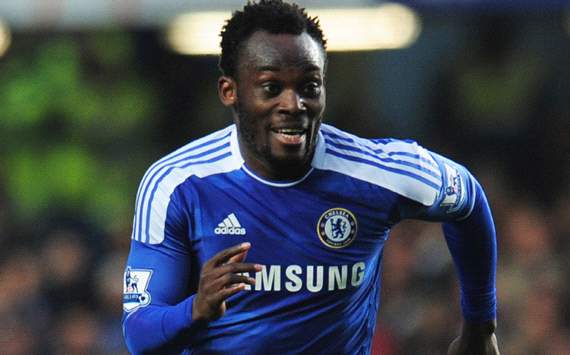 Barcelona coach Pep Guardiola is worried by the vast experience of Michael Essien and other Chelsea stars ahead of their Uefa Champions League semi-final clash next week.

Chelsea are seeking revenge against the holders for the controversial refereeing decisions from Norwegian centre referee Tom Henning Ovrebo that denied them a place in the final in 2009.

However ahead of the crucial clash next week, Guardiola fears Essien who has close to eight seasons of Uefa Champions League football remain a big threat to his side's title ambitions.

"Forget about whether they have a good or bad year. This will be a two-game knockout round and they are capable of anything. I am talking about Terry, Essien, Cech, Lampard, Drogba, Torres, etc."

"Chelsea has seven, eight, nine players who have been playing Champions League for centuries.

Essien did not play a part in Chelsea's quarter-final progress at the expense of Portuguese side Benfica.