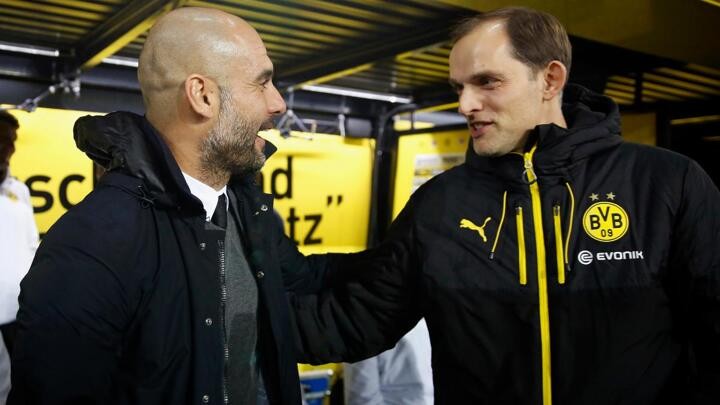 Thomas Tuchel, who was appointed as Chelsea's new head coach on Tuesday, has been welcomed to England by Manchester City boss Pep Guardiola.

Tuchel's appointment at Stamford Bridge was confirmed on Tuesday, a day after Chelsea sacked Frank Lampard.

Guardiola and Tuchel previously went head-to-head domestically in the Bundesliga, where the German was in charge of Mainz and Borussia Dortmund while the Spaniard was at the helm of Bayern Munich.

Guardiola on Tuchel: "He's a friend of mine. I'm happy to see him"

After City moved top of the Premier League with a 5-0 thrashing of West Brom on Tuesday, Guardiola welcomed Tuchel to England.

"Welcome. He's an exceptional manager. I'm pretty sure he will have success. Happy to see him here in this country," he told a news conference.

"When I was at Bayern Munich I played against him at Mainz. At the last season at Dortmund he did an incredible job, the way Dortmund played was outstanding. We fought a lot as Bayern Munich to win that title.

Tuchel won the DFB-Pokal with Dortmund in 2016-17, while he led PSG to two Ligue 1 titles, a Coupe de France and Coupe de la Ligue, as well as last season's Champions League final, before being sacked in December.

Chelsea, who are 10th in the table, are in action on Wednesday, hosting Wolves.