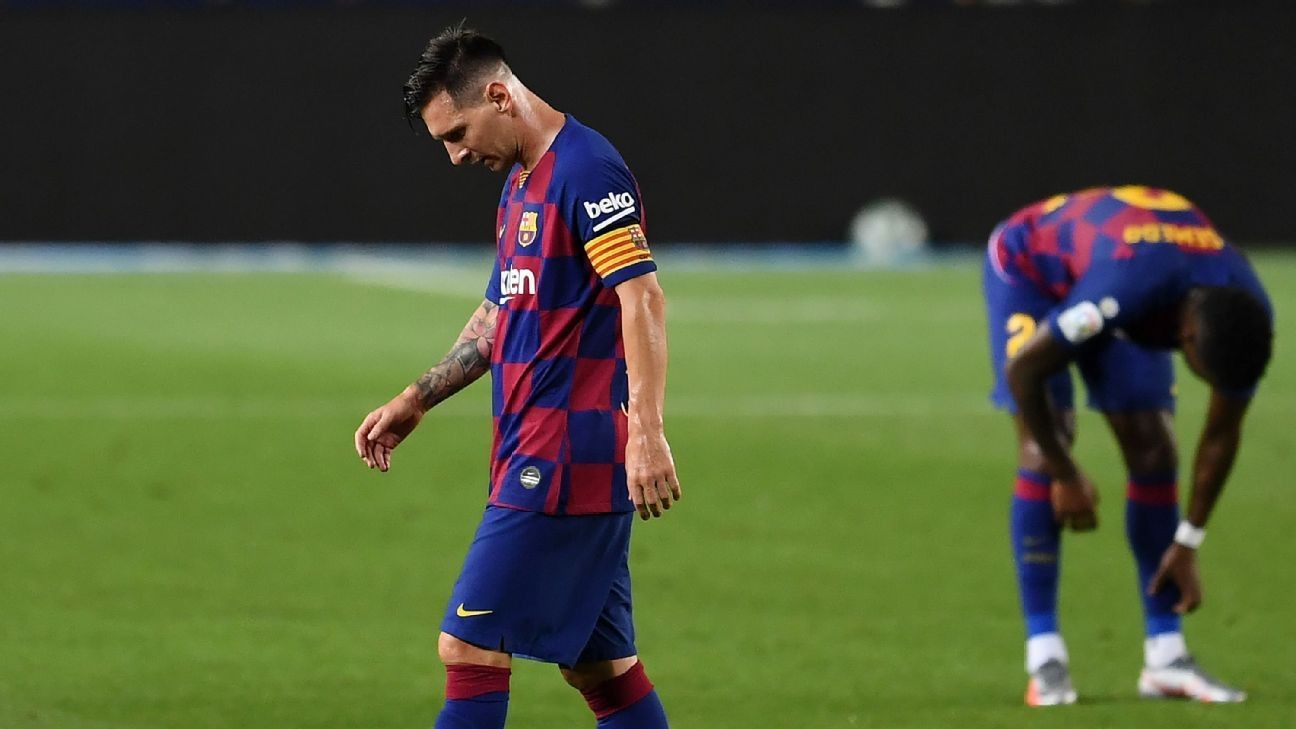 Pep Guardiola says it is his "wish" for Lionel Messi to stay at Barcelona but would not rule out trying to bring the Argentinian to Manchester City if he decides to quit Camp Nou.

Reports in Spain have suggested Messi is growing frustrated at Barcelona and when the speculation linking the 33-year-old with a move to the Etihad Stadium was put to Guardiola, he left his answer open-ended.

"I am not going to speak [about transfers] until the end of the season," Guardiola told a news conference on Tuesday.

"My wish is Messi is going to stay at Barcelona."

In the past City have privately hinted they could be well-placed to sign Messi if he ever decided to leave Spain having working previously with Guardiola, director of football Txiki Begiristain and chief executive Ferran Soriano at Barcelona.

City have work to do on their squad after the sale of Leroy Sane to Bayern Munich and David Silva's departure while a new centre-back is also a priority after failing to replace Vincent Kompany last summer but Guardiola insists he is only focused on the remaining six weeks of the season.

"At the end of the season [I will talk about transfers]," the City manager said.

"We have still incredible targets to fight, to try and play good and this is the most important thing."

City face Newcastle at the Etihad on Wednesday, and are looking to bounce back from the 1-0 defeat at Southampton on Sunday to move a step closer to securing second place in the Premier League.

City have won four and lost two since the restart in June but Guardiola says any worries he had about his team prior to the resumption have now been put to bed.

"I was a little bit concerned after the two first victories," he said.

"Still we are there, we need four more points for the qualification for the Champions League and we have five games.

"I was worried about our approach but we have been incredible. The performance was there and this makes me confident the team will not be relaxed until the last game of the Premier League. For the competition itself and for the opponents, it must be respected."