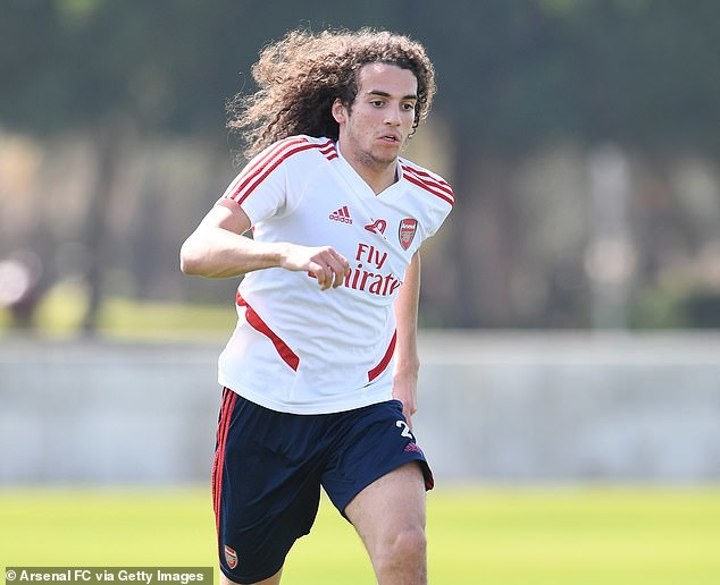 Matteo Guendouzi was left out of the Arsenal squad for their 4-0 victory against Newcastle on Sunday after failing to impress head coach Mikel Arteta during the club's winter break in Dubai.

It was the first time Guendouzi has been omitted from a Premier League matchday squad when he has been available since he joined the Gunners in 2018.

As reported by The Mirror, Arteta wasn't pleased with the 20-year-old's performances in training in Dubai.

Guendouzi was a regular in the starting lineup for Arsenal under Unai Emery but hasn't featured quite as prominently since the Spaniard's departure.

There is much competition for places in Arsenal's midfield, and Dani Ceballos produced an impressive display.

Ceballos had previously found himself on the periphery of proceedings, with Arteta stating in his post-match press conference that Guendouzi could use the Real Madrid loanee as an example.

Arteta said: 'Dani Ceballos is a good example. He was injured and when he started to train I didn't think he was fit enough.

'He completely changed his behaviour and trained like an animal. I thought he was the best player on the pitch.'

Guendouzi will hope to force his way back into the Arsenal squad for Thursday's Europa League game away to Olympiacos.

The 20-year-old has already made 77 appearances for Arsenal but has work to do in order to re-establish himself in the side.

With Arsenal's injury problems starting to clear up, Rob Holding and Ainsley Maitland-Niles were also left out of the squad for the game against Newcastle.