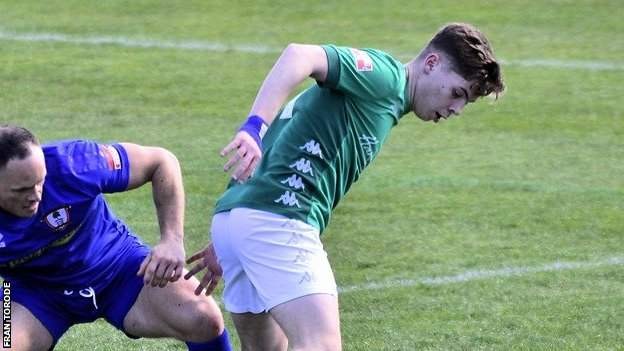 Two Guernsey FC teenagers have signed for Bristol City after trials with the Championship club.

Midfielder Ben Acey, 17, has agreed a one-year contract after playing for the Robins' under-18 and under-23 teams this year.

He also made 27 appearances and scored four goals this season for Guernsey in the Isthmian League.

Striker Tim Ap Sion, 16, has signed with City's academy, after scoring on his Green Lions debut this spring.

Bristol City are already home to Guernsey-born and Guernsey FC graduate Alex Scott, who progressed through the ranks to becoming a regular starter this season after signing for Bristol City as a teenager.

Scott, 19, signed a four-year deal with the Robins last August.

"The relationship with Guernsey football is now well established - thanks to Tony Vance [Guernsey FC manager] for his part in that - and we are looking forward to taking on the development and care of these young players," Bristol City academy director Brian Tinnion said.

Find out what really happened in the 90s: Robert Carlyle takes us back to moments we missed that shaped the world today'She may have a secret sister': Stacey Dooley visits a woman who wants to find out if her dad fathered a child as a prisoner of war