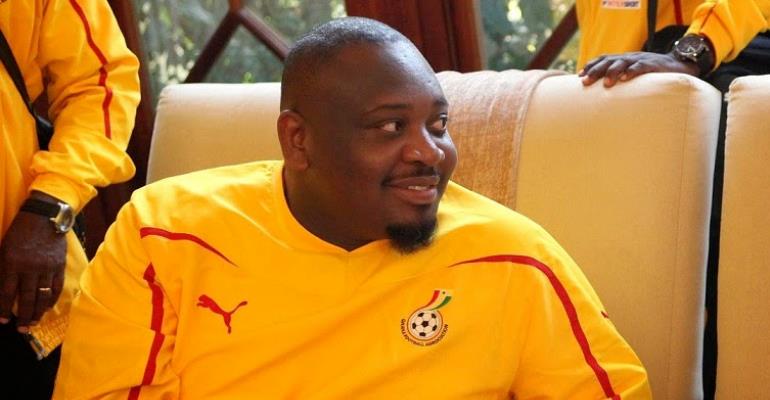 Former spokesperson of the Ghana Football Association, Randy Abbey says Asamoah Gyan’s outburst in the wake of losing the Black Stars captaincy to Andre Ayew was partly because of his deep-seated suspicion and belief that there was a conspiracy to strip him of the post in the past.

According to Randy Abbey, during former President John Mahama’s administration, some person’s close to Asamoah Gyan approached him and said they were reliably informed that the then President was planning to take the captaincy from Gyan and give it to Andre Ayew.

He added that despite the superficial show of comradeship when they were in front of the camera’s, there was tension between Gyan and Andre Ayew because of the captaincy.

Speaking on Joy FM’s Newsfile programme las Saturday, Randy Abbey said “ I will make a certain disclosure today. I like to keep the football things somewhere and maybe one day I will put them in a book. But look it got to a point when some people in Asamoah Gyan’s camp when President Mahama was in office approached me and said they had credible information that it was the wish of President John Mahama to take the captaincy from Asamoah Gyan and give it to Dede Ayew, so that is how deep-seated and deep-rooted the issues were. Publicly people won’t accept it and on the field you won’t see it because they sing and do things together but the issues and tensions were there.”

Speaking on Gyan’s new role as General Captian of the team ahead of the AFCON, Randy Abbey who was a key part of Ghana’s administrative team at the 2006 and 2010 World Cups said the title “General Captain’ is often given to players whose influence in a team is on the wane, adding that it is usually a way of ‘ushering players out of the team’.

He adds that pretending his role as a General Captain is an elevation when everybody knows it is not is a akin to patronizing the player which could anger the said player (Gyan).

''The decision of who captains a team is that of the coach in consultation with those who manage the game. It will be a recommendation of the coach. It's his decision. It's obvious that he would discuss with the management,'' Randy said on Joy FM News File Programme.

''We have pretended that there're no issues between the captain and his deputy. To the extent that a decision is taken against Asamoah Gyan and the beneficiary is Dede Ayew and that escalates the issue. It's like you helping my rival to defeat me.

''Asamoah (Gyan) believes this is his last tournament so he would prefer he goes, gives it his best and last shot hoping that he can break the jinx and retire on that and then the news is that 'you will go to the tournament but not as my captain'.

"As for the General Captaincy issues and people describing it as an elevation they should stop that. Both the coach, GFA and everybody should not insult the intelligence of anybody.

''This is not a story you can tell even a kindergarten kid, it is not an elevation. Global football when they bring the team sheet at the Nations Cup they wrote only one C (captain)."

''And it's that captain who would be recognized.''

Last week, the Ghana Football Association confirmed Andre Ayew's as the substantive captain of the Black Stars and Inter Milan ace Kwadwo Asamoah as his deputy.

The statement added that Asamoah Gyan had been elevated to the position of General Captain.