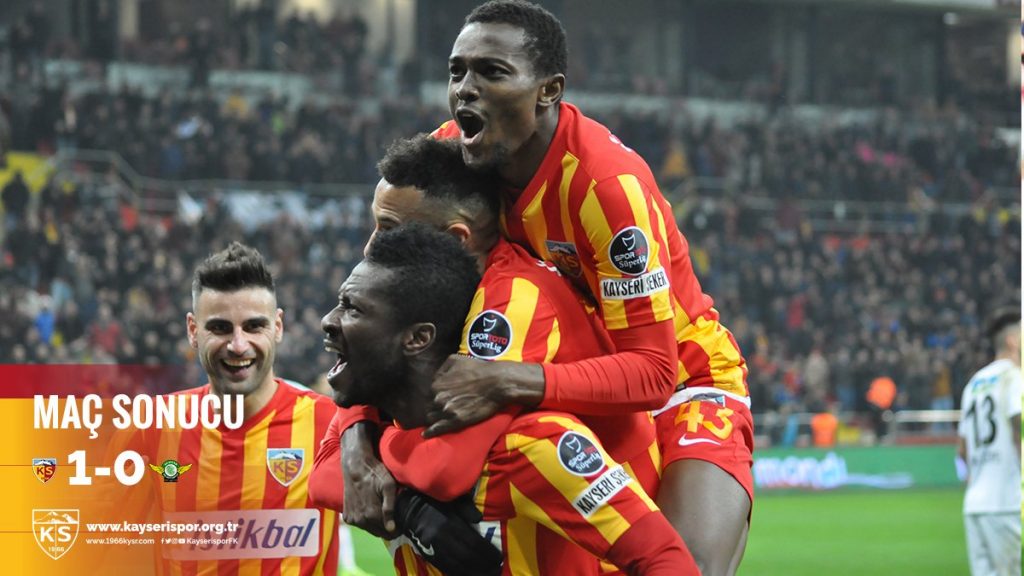 Asamoah Gyan celebrating with his teammates.

Ghanaian duo Asamoah Gyan and Bernard Mensah are among twelve players who could depart Turkish side Kayserispor in the summer.

This summer, the Blood and Gold outfit find themselves in the kind of position many clubs have been left in since the Bosman Ruling came into effect, with as many as twelve of their players are expected to leave the club at the end of the current season.

With two matches to the end of the Sports Toto Super League, the club have already started planning for next campaign but could end up losing twelve players which include Asamoah Gyan and Bernard Mensah.

Gyan joined the Kayseri-based side as a free agent, signing a two-year contract with the option to extend for one-year.

But his time at the club has been blighted by injuries and reports suggest that the club are looking to turn down the one-year extension option.

Mensah meanwhile joined on a season-long loan from Spanish giants Atletico Madrid and has been linked with a summer switch to fellow Turkish side Besiktas.

Eight out of twelve players who are expected to depart the club are foreigners.