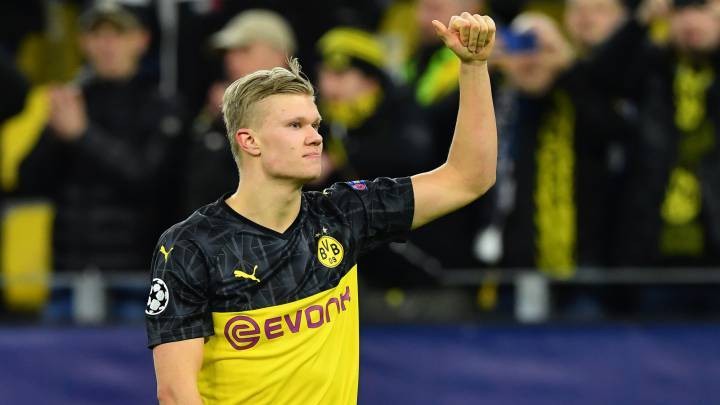 Erling Braut Haaland has emerged as a genuine contender for the throne of Europe’s most prolific goalscorer, a position held undisputedly by Cristiano Ronaldo and Lionel Messi for the past decade. The Borussia Dortmund forward has outscored both the Juventus and Barcelona talismans at the same age – just shy of his 20th birthday – in fewer matches and with a greater goals-per-game ratio.

Since signing for Dortmund in January, Haaland has failed to score in just four Bundesliga games and at the age of 19 years and 10 months he has a record of 62 goals in 106 club games. At the same age, the prolific Ronaldo had scored just 12 times in 87 matches. Haaland’s goals-per-game ratio as it stands is 0.53 a game, compared to the Portuguese’s 0.13 at the same age.

Bayern Munich manager Hansi Flick described Haaland as “greedy, enormous and yet very agile” ahead of the trip to Dortmund on Tuesday and that single-mindedness for goal coupled with his prodigious physique had made the Norway striker a terrible prospect for defenders.

Haaland has even bettered Messi’s returns at the same stage of his career: the Barcelona forward had scored 20 goals in 63 games at the same age at a rate of 0.31 per game.

Little wonder that Real Madrid see Haaland as the long-term replacement for Ronaldo and the Portuguese’s guarantee of 40-odd goals a season. A pact with Dortmund and ubiquitous super-agent Mino Raiola is believed to exist whereby the Norwegian will remain at the Bundesliga side until 2022 and then be offered to the highest bidder. Madrid will certainly aim to be at that negotiating table.