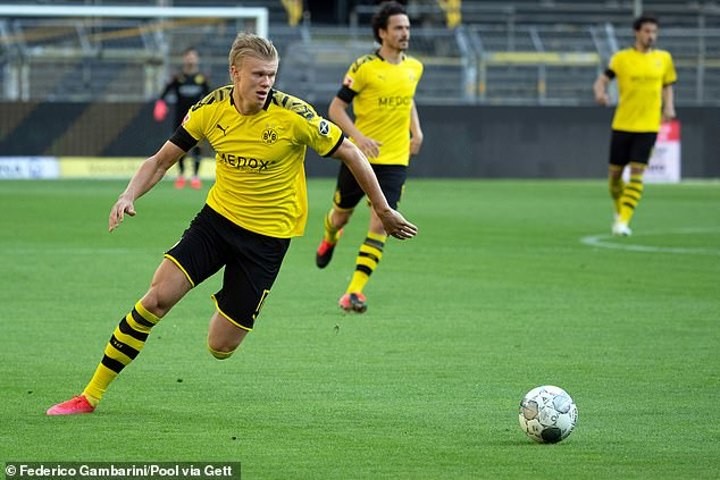 Erling Haaland would be a 'perfect fit' for Jurgen Klopp's style of play at Liverpool, believes his former manager at Red Bull Salzburg.

The 19-year-old has enjoyed an incredible breakout season in Austria and now at Borussia Dortmund, scoring 41 times in all competitions.

But it's Liverpool who could come calling for the 'very unique' Norwegian teen, who there is still so much more to come from, claims Jesse Marsch.

'He is a very special talent and just when you take his speed, his explosiveness, his size, his power, his technical ability, finishing, he would immediately be in the upper echelon of players in the world', the American told the Liverpool Echo.

'But then when you also consider his tactical intelligence, his motivation, his discipline, his desire to improve and grow, then the combination means you have something very unique.

'We are only scratching the surface of the potential for Erling.

'He will continue to do well at Dortmund and I'm not sure how long he'll be there before it's time for him to take the next step, but he has the potential to be one of the best players in the world, no doubt.

'It's another player that Liverpool would be very lucky to have.

'It won't be cheap, but he loves the explosive style of play and being in open spaces, running in behind defences and being aggressive.

'Just by theory, it fits the way Liverpool plays. He would be an incredible fit.'