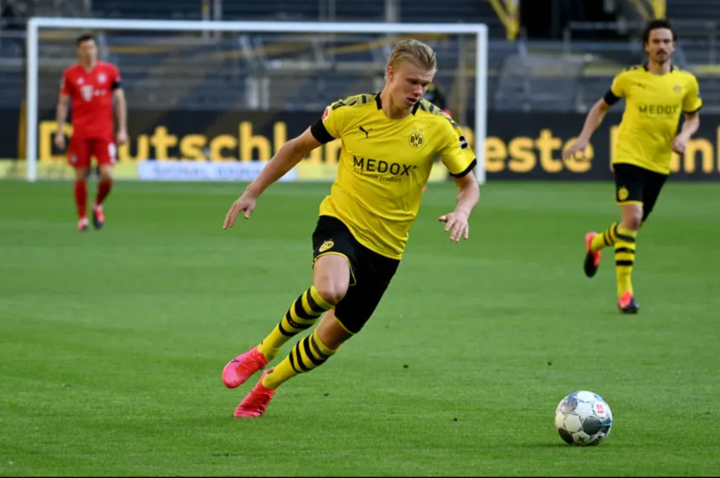 Dortmund could be without star striker Erling Haaland for this weekend's game against Hertha Berlin.

Haaland injured his knee after colliding with the referee during Dortmund's 1-0 defeat to Bayern last week. He missed Sunday's win over Paderborn as a result. And according to Bild, the Norway international could be out for a longer time, and is a major doubt for this weekend's clash against Hertha Berlin.

Bild say that Haaland has not been able to take part in team training yet, and he won't be involved in tomorrow's session either.

Being without Haaland against Hertha Berlin would be a big blow to Dortmund. Even though the 19-year-old wasn't missed in the 6-1 win over bottom club Paderborn, the Berliners will offer a much tougher test to the Black and Yellows.

In addition to Haaland, Dortmund will also be without Zagadou and Mahmoud Dahoud, who have already been ruled out for the season. It is also very unlikely that Marco Reus and Nico Schulz will be fit in time to be involved. Mats Hummels will also miss the game through suspension after picking up his fifth yellow card of the season against Paderborn.

But key midfielder Axel Witsel could return to the starting XI after coming off the bench in each of the last two games.