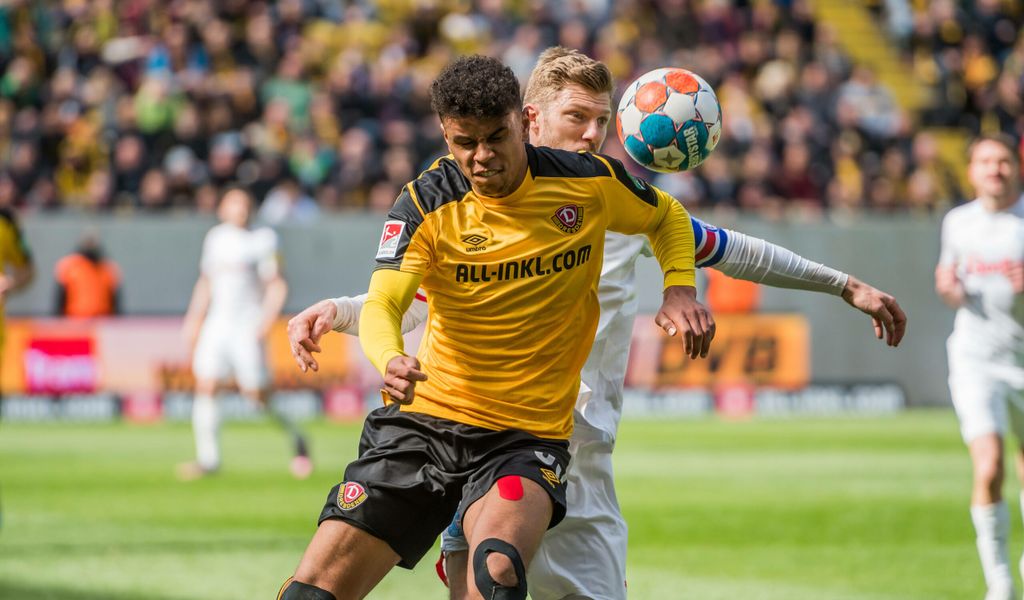 Hamburger SV are now favourites to sign promising forward Ransford-Yeboah Konigsdorffer, who has been courted by a number of German clubs.

Konigsdorffer has been linked with several clubs, including Hamburger and Bundesliga side Cologne FC, but Ghanasoccernet.com understands the second-tier side is leading the race.

The German-born Ghanaian forward had an impressive season with Dynamo Dresden in the German Bundesliga II.

The 20-year-old is among the list of players set to leave the club in the summer due to interest from clubs in the division as well as the Bundesliga.

Ransford had a good season scoring five goals in 32 appearances for the club with two assists.

He equalled his match appearances this season with a total of 64 games in two seasons with Dynamo Dresden.