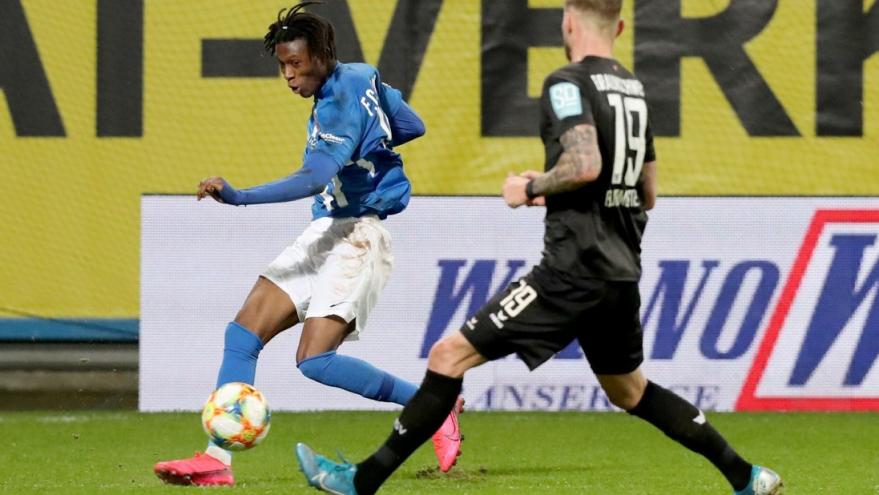 Hamburger SV will loan Ghanaian youngster Aaron Opoku in the summer transfer window, according to reports in Germany.

The winger spent the past season on loan at Bundesliga II side Jahn Regensburg.

Hamburger were not convinced with his performances to reward him with a first-team chance in the coming season.

Thus, they have decided he will spend another season on loan.

Hansa Rostock are reportedly the first club to have shown interest. Opoku featured for them during the first round of last season.

Opoku made 25 appearances across all competitions and scored one goal in the 2020/21 campaign.