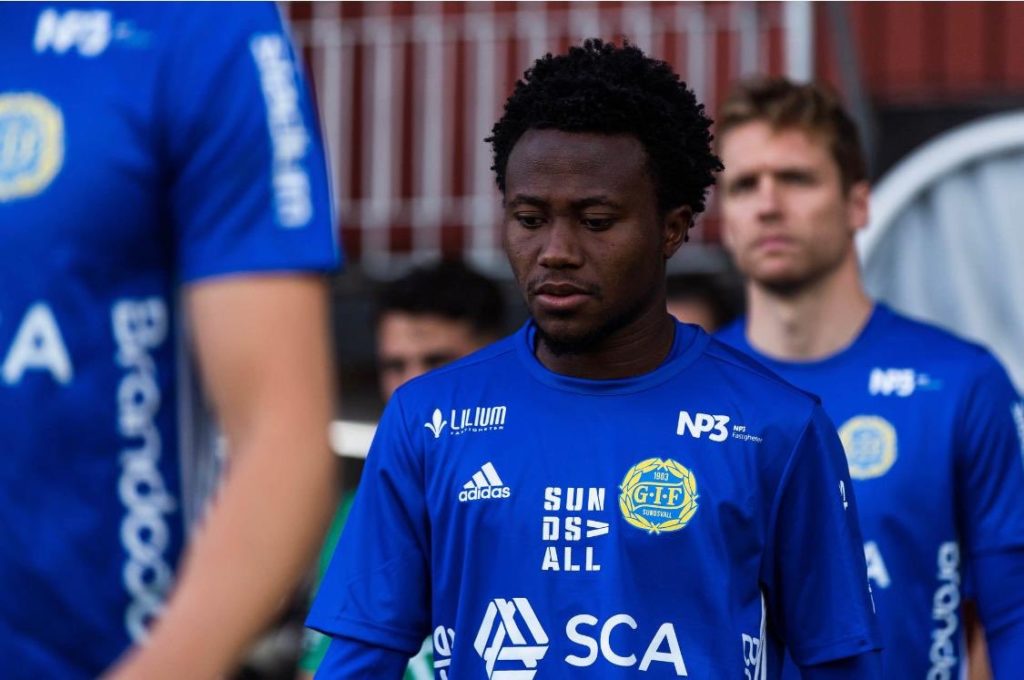 Swedish topflight side Hammarby IF have been impressed with the performance of Ghana youth forward Abdul Halik Hudu who is on loan at GIF Sundsvall.

The former Inter Allies winger has enjoyed more play time whiles on loan at Sundsvall, making 20 appearances for the Superettan side.

Chief Scout of Hammarby has been monitoring the striker and has expressed satisfaction with his career progress.

"He has started almost all matches and done well. Sundsvall plays a football that suits him. It is possession-oriented, you want to lead the game and own the ball a lot. So we felt that it could be positive for him," he added.

"Yes, we felt that. He had played in the Superettan the year before and done well there. Then when Frey went down he started up there, and they did well. But we also felt that for a player like this, new challenges will be important. It was not right then and there that he should stay. Sundsvall got in touch, and it felt like a good solution for everyone. And so it has become.

"To begin with, he has one match left to play with Sundsvall, then he will return. Pretty soon after that, there is a leave for the players, and of course that applies to him as well. But the idea is that he is with us when we start up in January," he cobncluded.