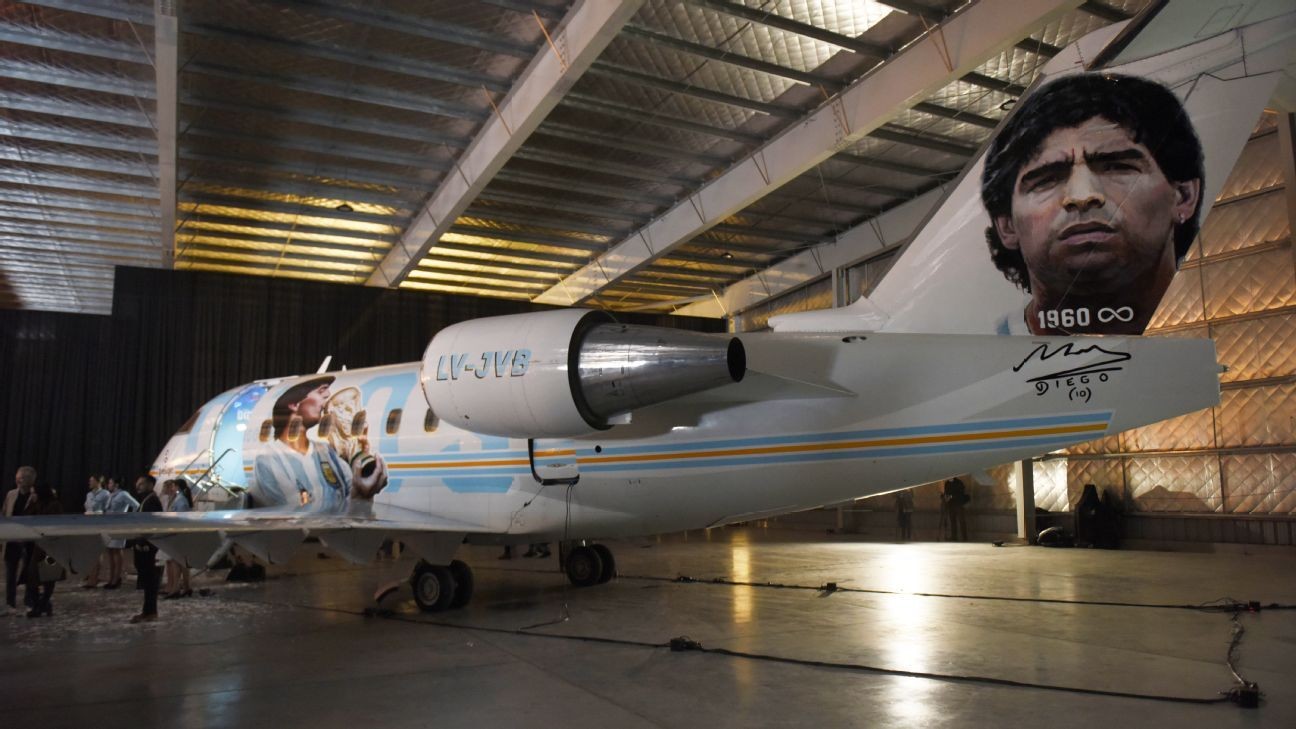 An airplane dedicated to Argentine great Diego Maradona will fly to Qatar and be on display at the 2022 World Cup. Getty Images

An airplane dedicated to Argentine great Diego Maradona was unveiled on Wednesday ahead of a journey that will end at the World Cup in Qatar later this year.

The Tango D10S -- a 12-seater financed by an Argentine fintech company -- is designed as a flying museum in tribute to the former World Cup winner, who died of a heart attack in November 2020.

The exterior of the plane was designed by plastic artist Maximiliano Bagnasco and features a picture of Maradona kissing the World Cup trophy on the fuselage, while his face is also on the tail.

The wings feature both of his goals from Argentina's 2-1 victory over England in the 1986 World Cup quarterfinal: the "Hand of God" goal on the left wing and the winner, a goal widely regarded as the greatest of all time, on the right.

"I am mad about Maradona, one of those people who still watch videos of Diego before I go to sleep at night," Gaston Kolker, CEO of fintech company Give and Get, told Reuters.

"When Maradona's teammates saw it, the World Cup winners from 1986, they were amazed, they were hypnotized by the aircraft," Kolker said at an unveiling with other members from that World Cup winning side.

The plan is to fly the plane around Argentina and eventually to Qatar for the World Cup in November.

Fans will be able to board the aircraft and leave a message for Maradona in the cockpit, "interact" with the late player through artificial intelligence, and see memorabilia from him and others players from the 1986 team.

It will also be available for private hire before being auctioned off for charity.

"We can't believe or understand this craziness, the love involved," Maradona's daughter Dalma said. "How far will fans go? As far as a plane."