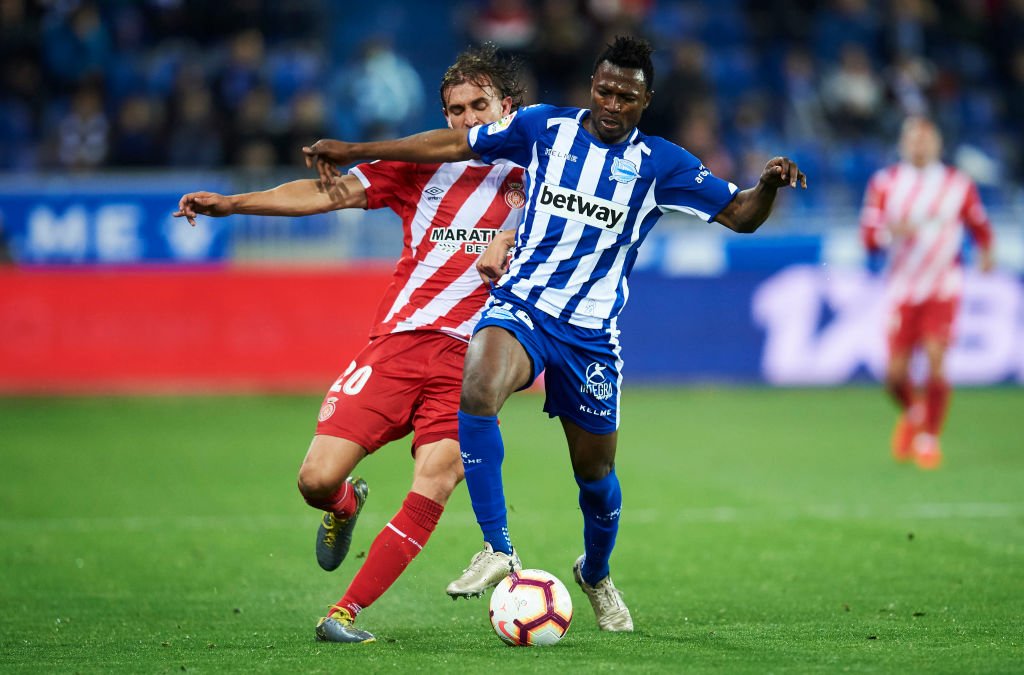 German side Hannover 96 have officially submitted a bid for the services of Ghana attacker Patrick Twumasi this summer according to reports.

Twumasi's impressive spell in the Turkish Superlig last season with Gazientep FK has attracted many suitors with Hannover being frontrunners.

The 26-year-old made 26 appearances in Turkish top-flight where he scored 6 goals and provided 8 assists.

Twumasi has returned to Deportivo Alaves after the loan spell but the Spanish top-flight side look to be ready to cash in on the Ghanaian.

Hannover boss Kenan Kocak wants to make the Ghanaian star one of his most important newcomers, as he offers time to return to the Bundesliga.

The Bundesliga II outfit have already held talks with the player and his representatives which seem to be positive.

An official offer has been submitted to Deportivo Alaves from the German club.

Hannover are facing a stiff competition from another German side VfB Stuttgart and two Turkish clubs Hatayspor and Denizlispor who have all made contacts with the player.