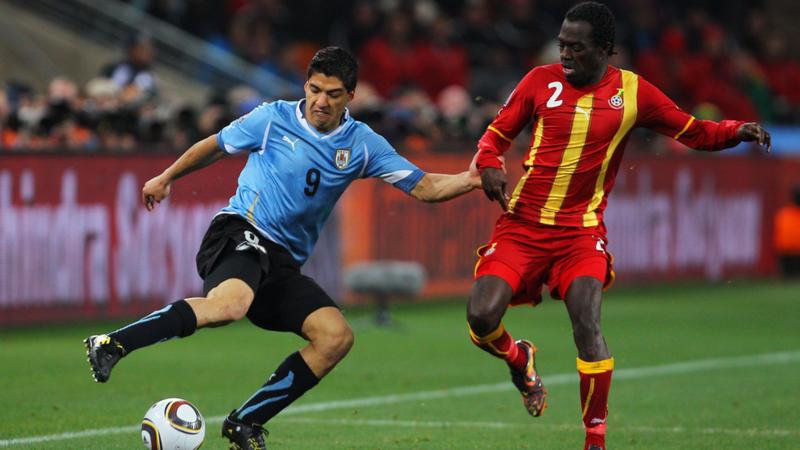 Luis Suarez was a hero to Uruguayans for stopping Dominic Adiyiah's stoppage time header, but the Barcelona striker remains a villain to Ghanaians ten years after the incident.

Sarpei, a member of the 2010 World Cup team disclosed the Black Stars were sure of victory with the World behind them, but the drama in the dying minutes at a packed soccer city stadium will leave in his memory forever.

"I can't forgive him because it was not an accident." Sarpei told BBC Sports.

"He knows what he has done. We were crying and you see someone who has cheated us is celebrating. How can I forgive him? Never. Never ever."

Ghana were awarded a penalty after the handball with Suarez shown the red card, however Asamoah Gyan missed the penalty with the Black Stars losing the game on penalties.

Today marks exactly ten years when the game was played, and Sarpei remembers every bit of the tournament, describing the teams play as listening to good music.

"On the way to the game against Uruguay, I think everybody knew we could beat them - I think the whole world was supporting us," said Sarpei.

"The way we play the game: we're playing on the front, we're attacking in front. We try to enjoy the game. When you see Ghana, it's like you're listening to music because the ball is flowing," he added,