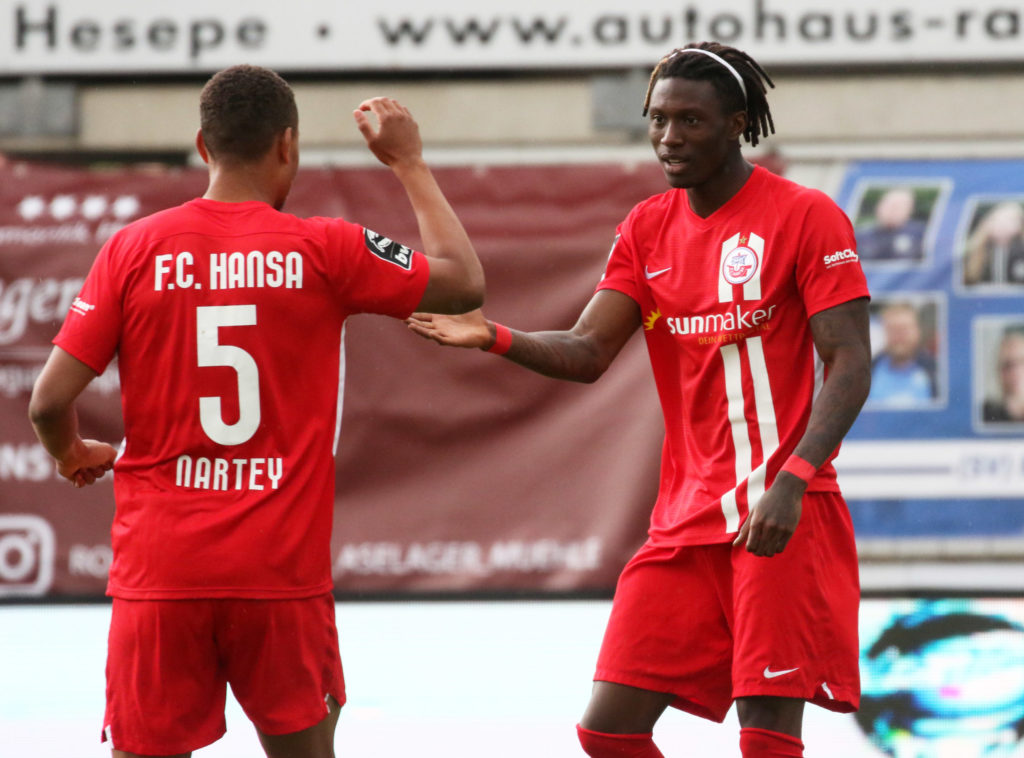 German Bundesliga 3 side Hansa Rostock are keen to extend the loan contracts of Ghanaian duo Aaron Opoku and Nikolas Nartey ahead of next season.

Opoku joined the Blue and White outfit on a loan deal from Bundesliga 2 side SV Hamburg last summer.

The 21-year-old went on to establish himself at the club, scoring five goals and providing a further six assists in 33 matches.

Like Opoku, Nartey moved to the Ostseestadion Arena on a season-long loan from VfB Stuttgart last year.

The midfielder like his compatriot Opoku became a key cog in the team and won the hearts of the club faithful with his tenacious display.

Martin Pieckenhagen, who is the Sporting Director of Hansa Rostock remains hopeful of re-signing the duo and other loan stars in the ongoing transfer window.

"We have not given up hope of working with Aaron Opoku," says Pieckenhagen, but knows: "We are the last in the chain."

"The exit is open," Pieckenhagen reports. The situation is similar with Nikolas Nartey, who initially wants to participate in the season preparation at VfB Stuttgart. If he is unable to prevail with the Bundesliga promoted player, another loan transaction seems possible."

Opoku has a contract with HSV until 2024 while Nartey's current deal with Stuttgart runs until 2023.