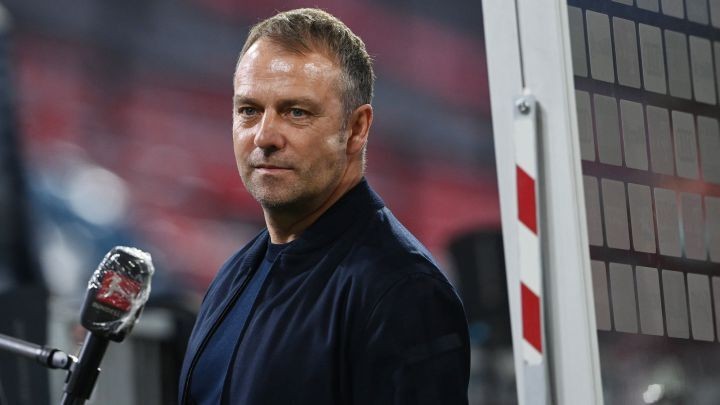 According to 'Abendzeitung', both parties have reached an agreement which will see Flick realise his dream and take the reins from Joachim Löw.

It was pretty much an open secret, but what were just rumours a few weeks ago starting to look real. The future of Hansi Flick, who is still Bayern Munich coach, will be coaching the Germany national team, filling the vacant position when Joachim Löw leaves after this summer's Euro 2020. According to German daily Abendzeitung, the 56-year-old coach has already reached an agreement with the German Football Federation (DFB) to be the next coach of the four-time world champions.

Abendzeitung also report that both parties have an accord in place so that Flick realise his dream and take over the reins from his old friend Löw. Flick, who guided Bayern to the sextuple with take charge of the national team at the end of the summer, signing a contract which will enable him to oversee the Mannschaft at the 2022 Qatar World Cup plus the next edition of the Euros which will be played on home soil.

Flick has to thank Bayern Munich for not standing in his way and agreeing to rescind his contract, which would have kept him at the Allianz Arena until June 2023. The Bundesliga champions were well aware that Flick's dream was to coach the national team, and as thanks for the excellent job he has done with the team, they will give him his wish and free him of his contract. Bayern have Julian Nagelsmann, one of the most promising coaches in Europe, lined up to take over.