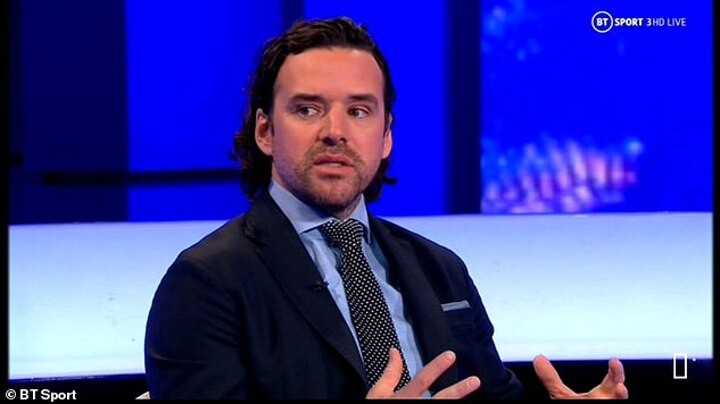 Owen Hargreaves claims Champions League glory could be the difference between PSG keeping Neymar and Kylian Mbappe and having to let them go.

The duo helped the French giants take another giant step towards the trophy as they knocked out holders Bayern Munich on aggregate to reach the semi-finals on Tuesday.

Should the stars extend their contracts at the club, Hargreaves believes PSG could 'build something fresh' under manager Mauricio Pochettino.

He told BT Sport: 'Neymar and Mbappe only have a year left on their deals. So, it feels like this is a huge moment for them.

'This is a huge moment for them. They need to win the Champions League. Ligue 1 is not enough.

'If they can win the Champions League, maybe those guys stay and then they can build something fresh with Poch [Pochettino].'

Steve McManaman, meanwhile, says Paris Saint-Germain must win the Champions League to avoid questions being asked of the club.

The former Liverpool winger praised the French side for knocking Bayern Munich out of the competition but says they must now go on to claim the trophy given the 'nature of the players they have'.

He added that winning Ligue 1 is 'not good enough' anymore and that Pochettino must focus on keeping Neymar and Mbappe fit for the European stage.

He said: 'They need to win this competition. We also speak about Manchester City needing to win the competition.

'Because they are so dominant in their respective leagues, they need to win this trophy.

'They need to win the Champions League.

McManaman went on to say that Pochettino must keep the likes of Neymar - who hit the woodwork for PSG in the first half of their second-leg tie against Bayern - safe over the coming weeks.

He said: 'It's a huge moment tonight [Tuesday], but can they go on? They need to keep people fit, of course that's paramount with the semi-finals coming up in a couple of weeks.

'They need a bit of fortune wrapping everyone in cotton wool and keeping Neymar and Mbappe away from all the trouble in Ligue 1.

'They have a wonderful chance if they play like that and have the same type of commitment.'