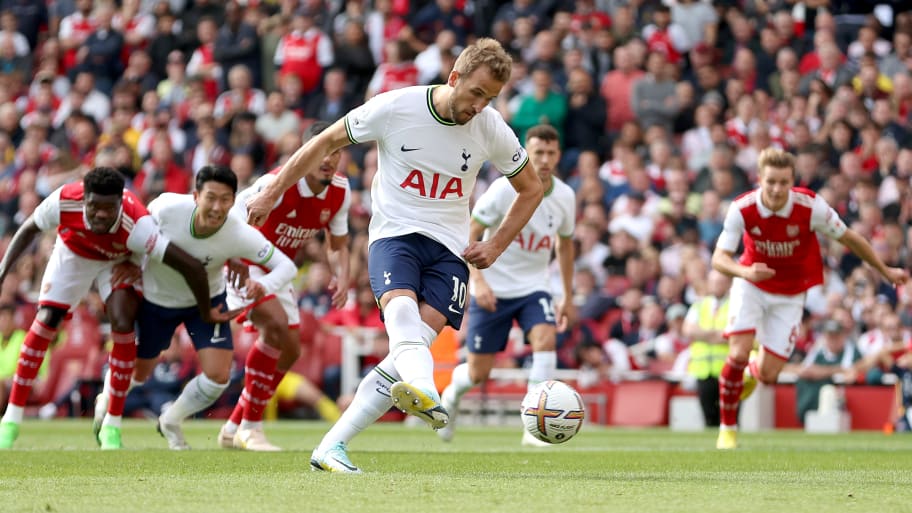 Kane scored a penalty half an hour into the contest after Richarlison was brought down by Gabriel. The England captain kept his nerve as Aaron Ramsdale dived towards a corner and chipped the ball down the middle.

It was his 100th away goal in the Premier League, making him the first player in the competition’s 30-year history to reach the century milestone on the road.

As a comparison, Alan Shearer scored just 88 of his Premier League record tally of 260 strikes in away games, with the other 172 all at home – whether Ewood Park or St James’ Park. Prior to Saturday's game, Kane was already the Premier League's highest away scorer.

The other record that Kane’s penalty gave him was the honour of being the Premier League's leading scorer in all London derbies. It was his 44th strike against a fellow London team, moving him ahead of Thierry Henry, who scored 43 times in city derbies.

Kane was already the all-time leading scorer in north London derbies, having scored his 11th and 12th goals against Arsenal in May of last season to break the previous record of 10 that he previously held jointly with both Emmanuel Adebayor and Bobby Smith. His penalty here was his 13th.