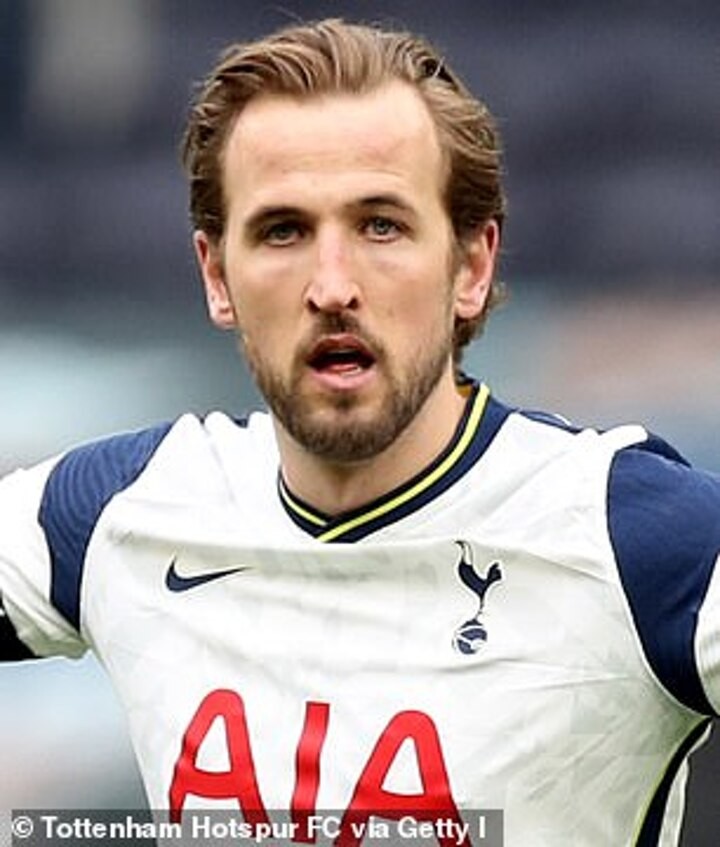 Tottenham legend Glenn Hoddle insists only Harry Kane will decide where his future lies next season, even if Spurs chairman Daniel Levy insists he will not be sold.

Kane is the hot topic of the football world right now, after recent reports emerged stating that the England captain will look to call time on his Spurs career this summer in order to strengthen his chances of winning silverware.

Speaking out on Kane's situation, Hoddle says only the striker himself will determine what happens next, even if Spurs chairman Daniel Levy slaps a not-for-sale sign on his talisman.

Hoddle addressed the subject on his latest Football Show podcast, admitting that Kane would be a huge loss for Spurs but ultimately the star striker will have a price.

'I think he is the one who will make that decision and Spurs will have to get the best deal they can. But it would be a crushing blow,' Hoddle said.

'Losing a quality player like Kane would be a setback to any club.

'I think it is Harry Kane’s decision at the end of the day, to put his foot down and say he wants to go somewhere else and win trophies.'

Hoddle is well placed to speak when it comes from sealing a big transfer away from north London, after leaving Spurs for Monaco in 1987 despite the club's desire to keep hold of him.

Hoddle moved overseas in order to test his continental approach to football in a foreign league, linking up with the likes of George Weah and fellow Englishman Mark Hateley in the process.

While Kane could try something similar, Hoddle feels it will only happen if a chain reaction of big striker transfers occur this summer.

Hoddle added: 'There are only a few clubs able to afford him, that’s his problem. There could be a little game of chess.

'If Erling Haaland goes to Manchester City that blocks that, if Kylian Mbappe goes to Real Madrid, maybe there is an opening at Paris Saint-Germain.

'I would not like to see him go to PSG to be honest. I’d prefer him to stay — but I would not blame him if he did look elsewhere.

'In an ideal world, I know Harry loves Tottenham and wants to stay to win trophies.'

Matters went from bad to worse for Kane and Spurs this week, after losing to Manchester United and seeing their hopes of achieving a European placed finish dented once more.

Spurs currently sit seventh in the table, five points shy of Chelsea in fifth and six behind West Ham who currently occupy fourth.