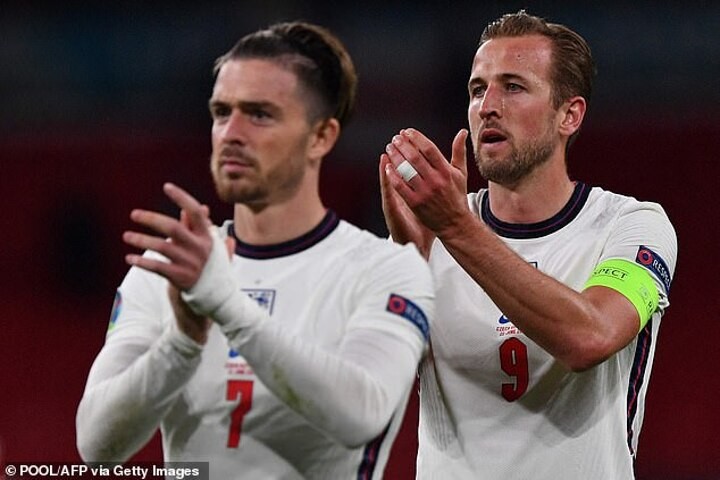 Daniel Levy's grip on Harry Kane is slowly slipping away, with the striker reportedly set to force through a move to Manchester City when he returns to Tottenham.

The Citizens look to be winning their battle to sign Three Lions heroes Kane and Jack Grealish, with their £100m bid for the Aston Villa man expected to be accepted after Dean Smith's side agreed a deal for Bayer Leverkusen winger Leon Bailey.

Kane is still on his summer break after the striker's season extended all the way to the Euro 2020 final, but the 28-year-old is expected to join-up with his Spurs team-mates on Monday for Covid tests ahead of pre-season training.

When he returns, the Telegraph have reported that Kane is ready for talks with Levy and will explain that he is determined to force an exit this summer.

The prospect of the striker lining-up in City colours is a frightening one for the rest of the Premier League, with Kevin de Bruyne already waiting to provide him with assists all season.

Sergio Aguero's free transfer to Barcelona has left a huge void at City, but Pep Guardiola couldn't ask for a better replacement.

Kane would also join a strong contingent of Gareth Southgate's key England men at the Etihad too, with Raheem Sterling, Kyle Walker and John Stones thriving under their Catalan boss.

Grealish's arrival would reinforce the English spine at City, as the 23-year-old stands-by for contract talks if Villa accept the record-breaking bid.

Bailey's imminent arrival at Villa Park in a £30m transfer signals that the Premier League side could be prepared to accept the Grealish bid.

The winger's exit will have a huge impact on Villa, with the captain already a legend at the club.