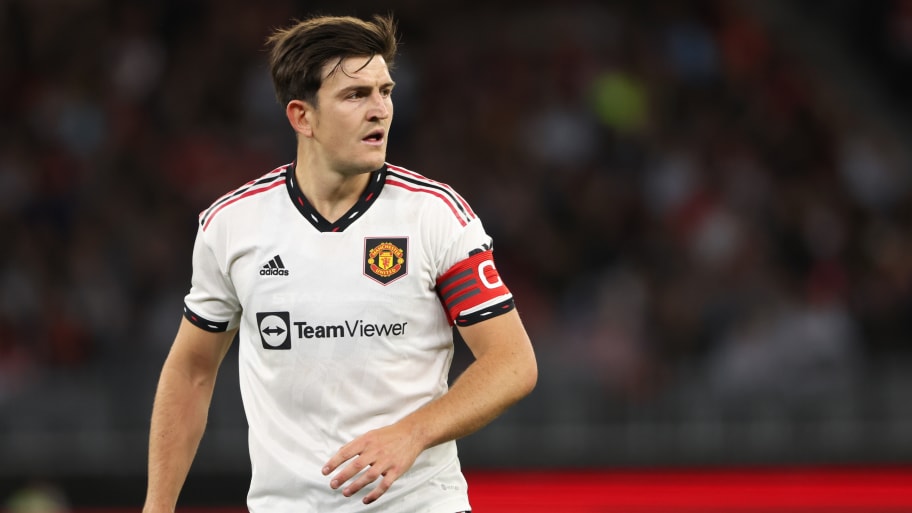 Harry Maguire has offered his sympathy to Manchester United team-mate Cristiano Ronaldo, admitting he understands what it feels like to be caught up in a media storm.

The United captain is a regular target of fan criticism but has been out of the firing line this summer while the focus has been on Ronaldo, who has asked to leave United in search of Champions League football.

A transfer has yet to materialise and Ronaldo could be set to start for United during their season opener against Brighton on Sunday after Anthony Martial was ruled out through injury.

Asked by Sky Sports what Ronaldo brings to this United side, Maguire laughed: "Goals!"

He added: "Cristiano is a magnificent player and magnificent character to have around us. I know what it is like to have a lot of media speculation around me but he takes the majority of it.

“Everything he does is scrutinised to the nth degree. I think this is what you get when you play for this club [due to] the size of the club. On the other hand, when things are good you get a lot of praise.

“That’s football, that’s the sport that we play, there is a line that can be crossed and there are things we can do in this country to prevent that.”

Maguire's praise comes after reports elsewhere accused the centre-back of being part of a dressing room-splitting dispute with Ronaldo over the captaincy of the club - allegations which have been strongly denied.

The pair could line up alongside one another on Sunday when the Erik ten Hag era gets underway with the visit from the Seagulls.

This article was originally published on 90min as Harry Maguire heaps praise on 'magnificent' Cristiano Ronaldo.