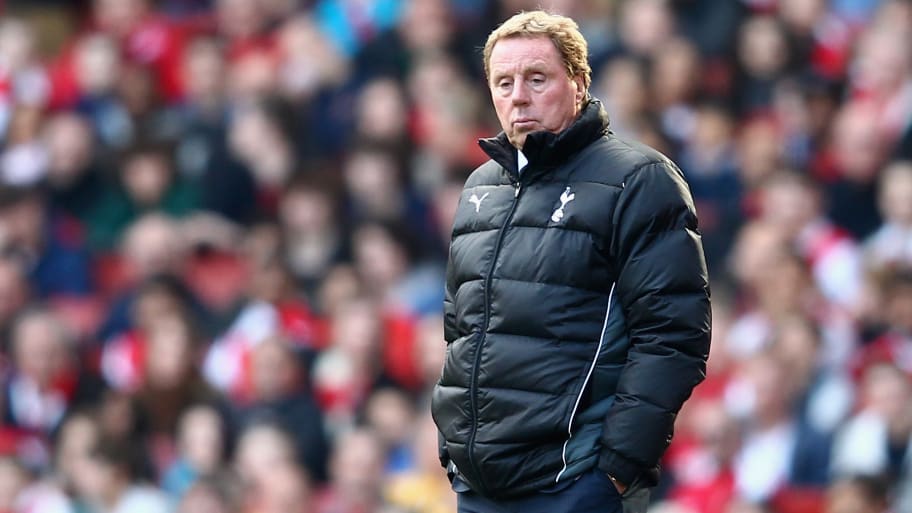 Harry Redknapp has confessed the key to his creation of an enthralling Tottenham side between 2008 and 2012 was simply giving his big names the confidence to play.

The iconic former boss moved to White Hart Lane in October 2008, replacing Juande Ramos after Spurs began the season with just two points from their opening eight games, and he would inspire the team to an eighth-placed finish that year.

Over the seasons that followed, Spurs became major players in the Premier League and Redknapp even secured the first taste of Champions League football in the club's history in 2010, memorably seeing off Manchester City on the final day of the season to secure fourth place.

Appearing on BT Sport's The Joe Cole Cast opposite Cole himself, a modest Redknapp insisted the main tactic he employed to improve results was to convince his players they were good enough to hang at the highest level.

"Give them a bit of belief," he said when asked for the first change he made at White Hart Lane. "Gareth Bale hadn't been on a winning team in 28 games or something. Never on a winning team, whether he was sub or starting.

"Luka Modric was a left winger. I said I was going to play him central, they said: 'He can't play there, he's not strong enough'. I said: 'He can play anywhere, he's fantastic', and I stuck him in the middle and pushed Bale from left-back to left wing.

"We had good players. That was the key, getting the best out of them."

Redknapp also offered an insight into the comedic fashion in which he eventually became Tottenham manager in 2008, admitting he initially chose to remain at Portsmouth before finally making the move to London.

"I got offered the Tottenham job," he recalled. "I went and met Daniel Levy two nights running, he was begging me to take the job. I didn't take it. I said: 'You've got Martin Jol who has done alright. I don't think it's a good appointment, he's done nothing wrong. It won't be a popular appointment, let's leave it'. And I left it.

"18 months later, he came back in. We were playing in Europe at Braga in the UEFA Cup, and I'm sitting on the coach next to Milan Mandaric [former Portsmouth owner]. My phone goes off and it's Daniel Levy.

"He goes: 'Are you alright to talk?'. 'No, not really, I'm just in Braga on the coach with my chairman on the way to the airport!'.

"I went round his house that night and ended up going back to Tottenham."

This article was originally published on 90min as Harry Redknapp reveals how he got the best out of his Tottenham side.