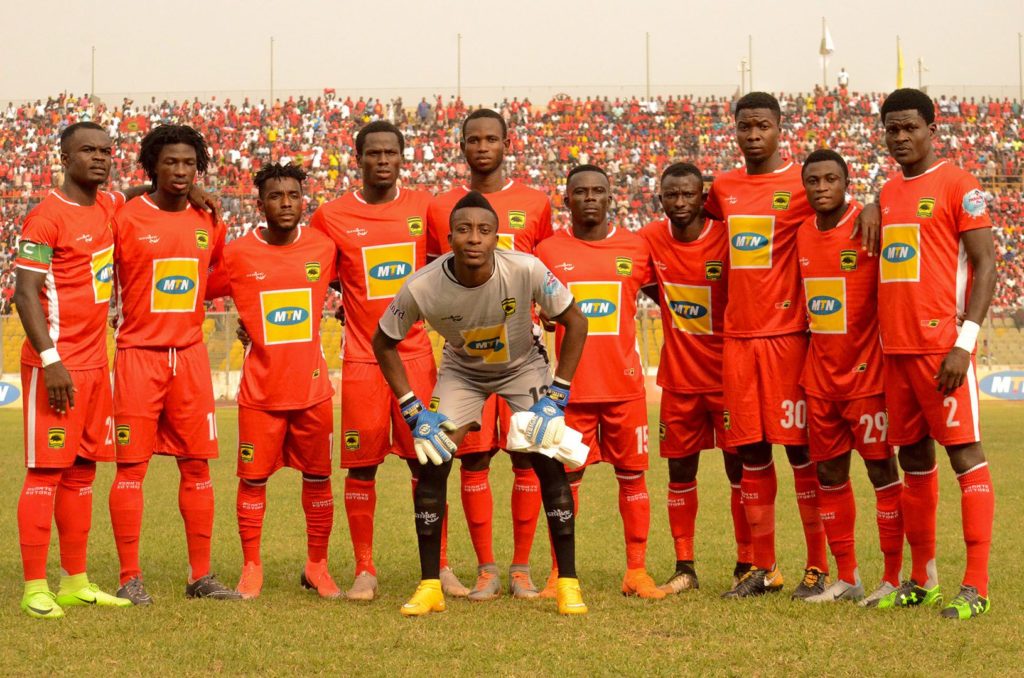 Transcribing a few lines that truly stand out in Ghana Artiste Shatta Wale’s hit song “My Level” has to do with the musician’s long journey to the top.

A quick look into Wale’s journey from the doldrums of Ghana’s music industry in the mid 2000’s to an absolute titan for the past six years positively correlates these lyrics.

However, for Kumasi Asante Kotoko, the team’s journey in the CAF Champions League has very little to do with its success in the competition particularly over the past decade.

One has to go back to 2006 to find the last time Kotoko played at the Group Stage of the Champions League. Results in the aftermath of the talented group that featured players like Eric Bekoe and Jordan Opoku star under the tutelage of Bashir Hayford have been underwhelming.

A fresh attempt to reach the group stage in the 2019-2020 season just came to a disappointing end following the team’s 0-3 loss to Tunisian side Etoile Du Sahel this past weekend. The loss meant Kotoko crashed out of the competition at the second round on 2-3 loss on aggregate; Kotoko beat Etoile 2-0 in Kumasi a fortnight prior. The aftermath of the loss has been predictable; blame, blame and more blame.

Perhaps that shouldn’t have been the case considering the enormous show of confidence by Etoile in their ability to overturn a two goal deficit by deploying “delay” tactics away from home. Egyptian Referee Ibrahim Nour El Din got blamed for harshly judging Justice Blay to have handled the ball inside the penalty box that led to the Tunisian side’s opening goal in the 20th minute.

The playing body got its share of blame for failing to bag an away goal despite seeing out the game with a numerical advantage following Ben Aziza’s dismissal. Worse, Etoile’s third goal and Karim Aribi’s second came after the dismissal.

Kotoko’s technical team got blamed after setting up the team to defend early on in the game in the face of intense pressure from Etoile. Uneasy is the head that wears the crown and Head Coach Kjetil Zachiariassen’s selection of players including excluding Sonny Yacuba has been questioned. Conversely, none of the above mentioned issues made the headlines because of the veteran Norwegian Coach’s controversial post game statement.

When engaged with media personnel, Zachiariassen pointed to Kotoko’s incompetence to compete in the Champions League as a reason for the loss. He further indicated the team’s present strength fits the Confederations Cup profile which is a competition Kotoko had few problems making the Group Stage despite major interruptions in preparations on the local front.

As hurtful as it sounds, it is true Kotoko doesn’t have what it takes to compete at the top tier level at the expense of a side like Etoile.

For starters, team Captain Felix Annan made it known in several interviews the team was relatively new and had very little time together before taking on a team that has consistently had deep runs in continental competitions. From a mental perspective, Kotoko did next to nothing new teams from sub Saharan nations usually did when playing at North African venues.

The Kumasi lads defended deep, paid too much respect to Etoile and showed little confidence in possession early in the game. Etoile had Kotoko’s number the moment the team decided to slow down play mimicking a team that had a 3-0 lead while the team that actually had the lead on the day looked way less confident with the result.

With friendly games against far weaker opponents than their continental counterparts, Kotoko still managed to play well to be just a win away from progressing beyond the Confederations Cup group stage last season.

However, that has not been the case in the top tier despite Kotoko players playing more games with a chunk of the body making it to the CHAN team for Ghana. Zachiariassen ought not to be sacked for speaking the truth and failing to get his side mentally ready for the North African after a brief stay in charge.

However, his statement heaps more pressure on him to deliver in the Confederations Cup since the tournament represents a second chance to redemption.

Moreover, predecessor CK Akunnor got kicked out after getting Kotoko close to qualification; anything below that should warrant a dismissal but not before Kotoko gets involved in Africa’s second tier club competition.

Kotoko’s level is not at the Champions League but a great run in the Confederations Cup could be the start of playing to that level.